Kerala Chief Minister Pinarayi Vijayan has written to the Centre seeking safety and details of four Keralites on board the vessel. 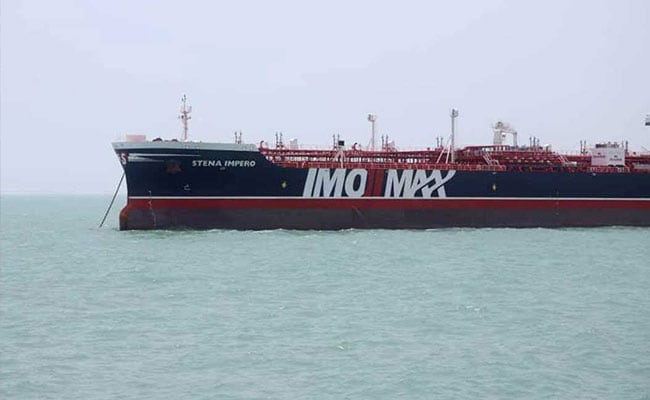 Stena Impero was impounded off the port of Bandar Abbas in the Strait of Hormuz. (AFP/Tasnim News photo)

Days after a British-flagged oil tanker with 18 Indian crew on board was detained by Iran, Kerala Chief Minister Pinarayi Vijayan has written to the Centre seeking safety and details of four Keralites on board the vessel.

"I have learnt with great concern from media reports that the crew of the British oil tanker seized by the Iranian Revolutionary Guards ...comprise Indians, including four from Kerala," Mr Vijayan said in his letter to Union Minister S Jaishankar.

"I request all possible efforts to ensure the safety of the crew to be made and the relevant details of persons may be shared with the state government, so that their families can be contacted and we can be help to them in their hour of crisis," he added.

Iran's Islamic Revolutionary Guard Corps seized the Swedish-owned tanker on Friday in what Britain says was an illegal operation in Omani waters.

The vessel was impounded off the port of Bandar Abbas in the Strait of Hormuz. Iran detained the Stena Impero on allegations it failed to respond to distress calls and turned off its transponder after hitting a fishing boat.

The Centre has been in touch with authorities in Iran over the matter.

"We are ascertaining further details on the incident. Our [Embassy] is in touch with the Government of Iran to secure the early release and repatriation of Indian nationals," External Affairs Ministry Spokesperson Raveesh Kumar had told the media earlier.

The crew was made up of 18 Indians, three Russians, a Latvian and a Filipino.

Elephant Falls Into 15 Feet Deep Well In Kerala, Trench Dug To Rescue It