The woman has said that she was never raped by the Swami, a member of the Panmana Ashram in Kerala's Kollam. 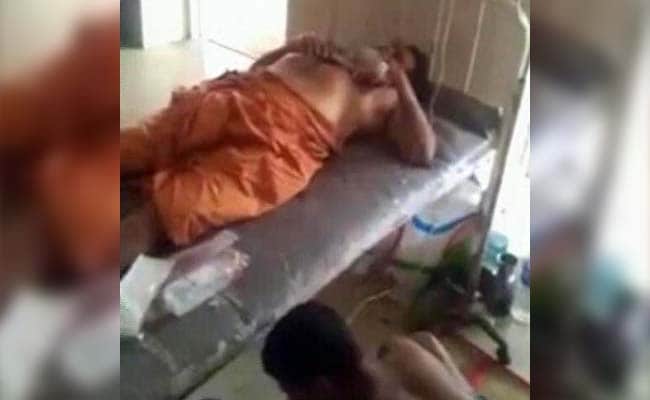 A Kerala woman who chopped off a swamy's genitals went back on rape charge.

Thiruvananthapuram: A young woman in Kerala will have to take a lie detector test along with brain mapping, which is the equivalent of fingerprinting the mind, a court ruled today, after she recanted earlier statements and said she had neither been raped by a self-declared godman nor chopped off his genitals in revenge.

In May, Swami Gangeshananda was operated on in Thiruvananthapuram after his genitals were slashed with a knife. At the time, the woman, a 23-year-old law student, told the police she acted in self-defense after the Swami, who is also known as Hari Swami, had tried to rape her at her home in Thiruvananthapuram. The alleged rapist was a frequent visitor to her home as a spiritual guru to her family.

It was the law student who phoned the police and informed them of her actions when his genitals were cut.  She also said that the same man had also raped her when she was a minor. The Swami first claimed that he had accidentally injured himself but later agreed that the young woman had attacked him.

However, about a week ago, the student furnished a letter that declared the charges she had made against the Swami were not correct and had been dictated by the police.  The letter, which was given to the court handling the trial of the 54-year-old Swami, states in English: "There has been no form of sexual harassment by the Swami-ji towards me. Neither when I was a minor or when I turned 18. The accusation of swamiji sexually harassing me at 16 & 17 years is false and an addition made among the other additions by police people."

Promoted
Listen to the latest songs, only on JioSaavn.com
The woman has confirmed to NDTV that the letter, which was signed by her, was written by the Swami's lawyer.

"The court has given permission for polygraph test and brain mapping.  But to initiate this, the consent of the concerned person is also necessary. So any further action will be decided only after she appears before the court on 22nd," said Inspector General of Police Manoj Abraham to NDTV.