My victory is a victory for everyone who stands against corruption," Kerala top cop Jacob Thomas said 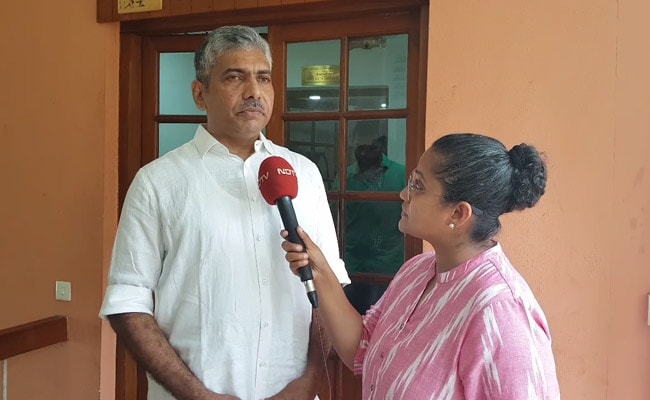 Kerala's top cop Jacob Thomas, suspended for the last two years, will soon be reinstated after an order by the Central Administrative Tribunal or CAT to the state government. The police official considers it a major victory for "anti-corruption crusaders".

"The current chief minister has not done anything wrong. When a former Chief Secretary leaves a file note recommending suspension, the chief minister will do the obvious... My victory is a victory for everyone who stands against corruption," he told NDTV.

But just days after this significant order, the senior police officer didn't shy away from expressing his political intentions. "Being an MP or legislator is a very promising job these days... I have been given offers by political parties, but I have not decided or joined any political party yet," Jacob Thomas told NDTV.

The senior-most police officer in Kerala has been extremely vocal about his affiliations with the BJP's ideological mentor, the Rashtriya Swayamsevak Sangh or RSS.

"RSS is not a political party. It is the largest NGO of the world. They are nation builders. I am associated with any NGO working for the good of the country," Jacob Thomas said.

In 2018, the suspended top cop, prepared a blueprint for maritime economy on request of the RSS, which was presented by him before a union minister at a programme held in Delhi's Vigyan Bhavan. This year on request of the RSS, he has prepared a policy paper on economic and cultural relations between India and ASEAN countries and is also in communication with the organisation regarding psychological mapping of students for career guidance in the country, which includes partnership with certain key institutions of India. Last week, Mr Thomas was seen addressing a RSS programme.

When asked if Jacob Thomas has joined the Bharatiya Janata Party, he told NDTV, "If there are some situations where I feel that I should work in the political platform, rather than a NGO platform, then I may revisit my current decisions".

Jacob Thomas had given his request to the state government for Voluntary Retirement in March 2019. In the absence of a favourable order, the police official has appealed to his appointing and appellate authority, which is the central government. That request is pending with the Home Ministry. In the interim, with the CAT order in hand, he is yet to be officially re-instated by the state government.

While attending a Ramayana Fest in Thrissur on Thursday, Jacob Thomas was heard saying, "It is high time to chant Jai Sri Ram with more vigour here." When asked about the statement in context to concerns being raised about religious chants being misused in India currently, Mr Jacob said, "I was talking about values that lord Ram symbolises - the right side. When injustice, wrong is happening around, Ram should intervene. It's wrong to force anyone to chant any slogan against their conscience, however, everyone should have the freedom of expression and faith. Lord Ram is an embodiment of a righteous person, against all wrong."