Kerala To Get Its First Woman Journalist-Turned-Politician As Minister

Veena George, entering electoral politics with a victory from Aranmula assembly seat in the 2016 polls, was re-elected from the same constituency in Pathanamthitta district five years later. 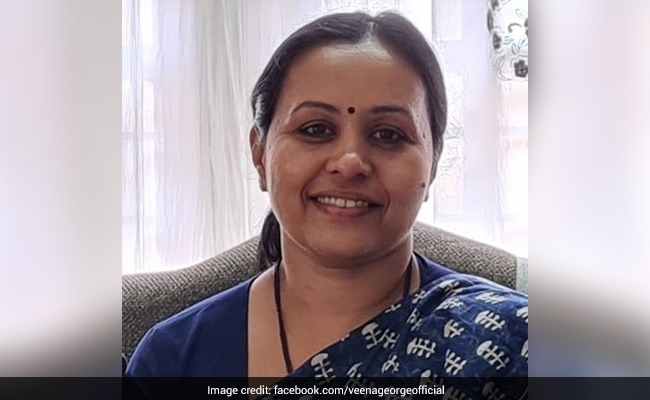 Veena George is a member of the CPI(M) Pathanamthitta area committee. (FILE)

For the first time in its history, a woman journalist-turned politician will become a minister in Kerala. CPI(M) member Veena George, who had excelled as journalist and news anchor in various Malayalam news channels, has been selected by the party to be a minister in the Pinarayi Vijayan-led government.

The Chief Minister and new ministers will take oath on Thursday. The ruling LDF had swept the April 6 polls, winning 99 of the 140 seats.

Entering electoral politics with a victory from Aranmula assembly seat in the 2016 polls, she was re-elected from the same constituency in Pathanamthitta district with a margin of 19,003 votes five years later.

In the 2016 polls, she had wrested the constituency from the Congress, defeating the nearest rival Sivadasan Nair by a margin of 7,646 votes.

Ms George, a mother of two, is a member of the CPI(M) Pathanamthitta area committee.

A rank holder of MSc (Physics) and BEd, 45-year-old George began her political career as an activist of Students Federation of India (SFI), the student wing of the CPI(M).

Her husband Dr George Joseph, a higher secondary school teacher, has served as secretary of the Malankara Orthodox Syrian Church.

Besides Ms George, two other women will also become ministers in the new government.

While CPI(M) has nominated Prof R Bindu, wife of CPI (M) acting secretary A Vijayaraghavan, CPI has selected its senior leader and Chadayamangalam MLA J Chinchu Rani to represent the party in the cabinet.

This is for the first time, the CPI is nominating a woman as minister in the state.