Kerala Student Trolled Over Fish-Selling Video To Get Security

Social media trolls were quick to trivialise her struggles, called her a liar and said she sold fish in her uniform to "promote a film" 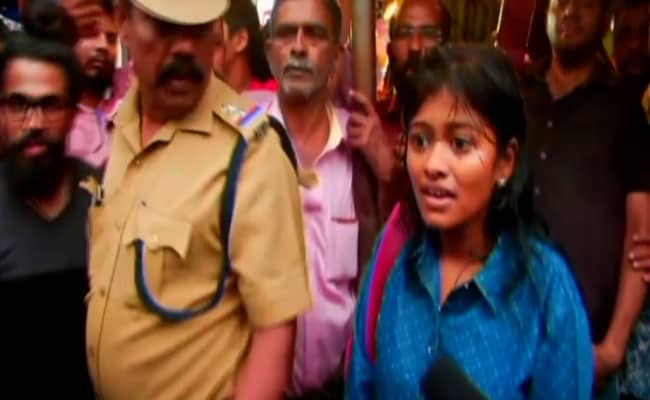 Every morning, 21-year-old Hanan from Kerala's Thammanam cycles 60 km to attend college. Once she is back in the evening, she sells fish before heading for home. Recently, when photographs and videos of the woman selling fish in her uniform went viral, both help and criticism followed.

Social media trolls were quick to trivialise her struggles, called her a liar and said she sold fish in her uniform to "promote a film".

"People are making false allegations that I was doing it for movie promotion. I have no other source of income. My aim is to continue studies and support my family," Hanan told news agency ANI.

Hanan is pursuing BSc at a private college in Thodupuzha. When a Malayalam daily carried the story of a college student selling fish after college hours, the spotlight turned to Hanan. The story was widely shared on social media by actors and politicians.

However, trouble started for the Thammanam resident when a section of social media called it "fake news" and a "publicity stunt".

When she returned to sell fish, carrying her shop and weighing scale in a bag, she wasn't allowed to do so. People followed her which led to traffic snarls. The police asked her to go away.

"I am not a liar. All the allegations against me are baseless. Don't torture me anymore. I didn't have any deal with any filmmaker," she said.

The encouraging words of her parents, principal and even ministers weren't enough. Dejected and broken, a teary-eyed Hanan appealed to her critics to leave her alone.

"I do not want any help. Kindly leave me alone and allow me to do any kind of menial jobs to earn my daily bread," she said.

Union minister KJ Alphons, who is from Kerala, appreciated her hard work and warned trolls against harassing her. "Kerala sharks stop attacking Hanan. I'm ashamed. Here is a girl trying to put together a shattered life. You vultures!" he wrote on Facebook.

"Any sort of attack on such a hardworking woman is condemnable," Kerala Women's Commission chairperson MC Josephine said.

Kerala Chief Minister Pinarayi Vijayan has taken note of the matter and directed the police to take immediate action against trolls and provide security to Hanan.