Kerala Health minister Veena George said 1,63,098 samples were tested in the last 24 hours and the test positivity rate was 13.53 per cent. 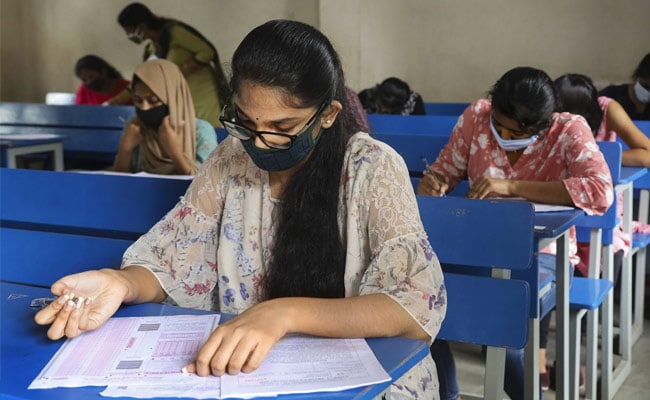 16,649 people recuperated from the disease on Thursday in Kerala.

Kerala reported over 22,000 coronavirus cases for third day in a row on Thursday, as a central team will rush there for effective COVID-19 management while its steady R-factor growth prompted analysts to point out the state will remain in the top spot for the next couple of weeks vis-a-vis new infections.

The R-factor indicates the speed at which the viral infection is spreading in the country and an analysis by researchers at the Institute of Mathematical Sciences in Chennai suggests Kerala has more worries in store.

The smaller the value of R is, the faster the disease is on the decline. Conversely, if R is greater than 1, the number of infected people is increasing in each round-- technically, this is what is called the epidemic phase.

The bigger the number is than one, the faster the rate of spreading of the disease and Kerala has the highest number of active cases and continues to have an R-value around 1.11.

"So looks like it (Kerala) will remain in the top spot for the next couple of weeks. The Northeast continues to have a very bad situation with most states having R-value more than 1," said Sitabhra Sinha of the Institute of Mathematical Sciences, who is leading the team.

State Health minister Veena George on Thursday said 1,63,098 samples were tested in the last 24 hours and the test positivity rate was 13.53 per cent.

Ms George said 16,649 people recuperated from the disease on Thursday, taking the number of those cured to 31,77,453.

There are 323 local self government bodies in the state with a TPR above 15 per cent, an official release said.

As its infection rate picks up pace, the Union Health Ministry announced deputing a six-member team to Kerala for effective covid-19 management.

The team headed by National Centre for Disease Control (NCDC) Director SK Singh will reach Kerala on Friday and visit some districts reporting a high case positivity rate, the Health Ministry said in a statement.

In a tweet, Union Health Minister Mansukh Mandaviya said, "the Central government is sending six-member team to Kerala headed by NCDC Director. As a large number of COVID cases are still being reported in Kerala, the team will aid state's ongoing efforts in COVID-19 management."

The ministry's statement said the team will work closely with Kerala health authorities, take stock of the ground situation and recommend necessary public health interventions to contain the spread of the virus.

Watch: Neelakurinji Flowers That Bloom Once In 12 Years Blossom In Kerala