Thiruvananthapuram: Using the watermelon as a metaphor, a college professor in Kerala's Kozhikode spoke about the need for women to cover up their breasts "properly". Far from having the effect he desired, as the speech went viral in the last few days, protests flared across the state. Women have taken to social media to post bare-breasted photos and to streets to call out the unsolicited counsel.

Twenty-five year old Arathy SA was among those who posted a nude picture. Her outrage was shared by her husband who too posted the photo. "I am upset with hypersexualisation of breasts by people. Whether it be professors in college or social media users seeing a model breastfeed and pose for a magazine. So I and my husband posted pictures of me nude," Arathy said.

"Just because people may find my breasts attractive, doesn't mean they are entitled to violate me or my body," said Arathy, who lives in Thiruvananthapuram.

She was not alone. About 200 km away, in Kochi, activist Diya Sana posted the picture of her activist friend, using watermelons to suggestively cover her breasts and face.

Promoted
Listen to the latest songs, only on JioSaavn.com
It is not yet clear when the professor gave the speech but the video began to be widely circulated only recently. Earlier this month, the photo of a breastfeeding model on the cover of a magazine sparked a major debate in Kerala as social media users argued over its propriety. 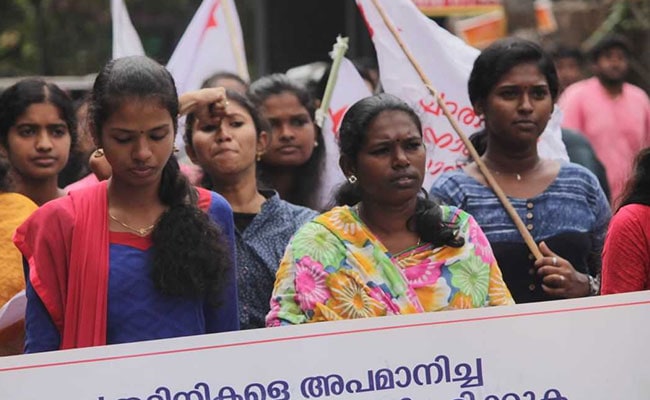 Women have taken to streets to call out the unsolicited counsel.

In the audio recording of the speech, the professor, who teaches B.Ed students, is heard saying, "Even though you are covering, there are parts where skin can be seen... When you are wearing hijab, you are supposed to cover your breasts because men find them most attractive in a woman... But what are they doing? They are only covering their head and they show off a portion of their body."

He goes on to say: "Have you seen watermelon? In shops, people keep a cut watermelon cut on display so that customers can come and choose what they want. That is how you (women) are also behaving."