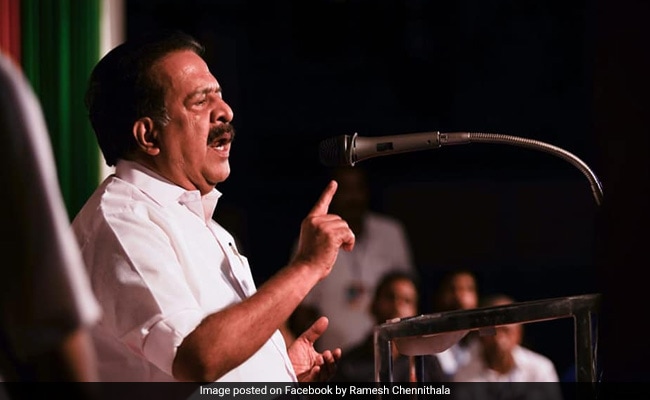 Kerala opposition leader Ramesh Chennithala on Wednesday alleged that the state government is trying to destroy evidence in gold smuggling case by changing CCTV cameras in the secretariat.

"It is very unfortunate that the state government is trying to destroy all the evidence related to gold smuggling case by changing CCTV cameras in the secretariat on the pretext that lightning and thunder occurred. We never heard any thunder or lightning recently. I really suspect there is an effort to destroy all the evidence. The Chief Secretary is also involved in that," Mr Chennithala said.

"It is not acceptable. We are requesting the National Investigation Agency (NIA) to secure the evidence and proceed with the investigation," he said.

"We were demanding a CBI inquiry in the gold smuggling case. We are raising so many other corruption charges against the Chief Minister''s Office. Morally, Chief Minister Pinarayi Vijayan should step down and face the inquiry. I do not know why he is opposing CBI inquiry which shows that there is something to hide," he added.

Earlier in the day, the Kerala High Court dismissed a petition seeking a CBI probe into the gold smuggling case, Sprinklr deal, BevQ app contract and e-mobility consultancy projects in the state.

One more person was arrested today in the high-profile case, according to the customs officials. The arrested person has been identified as Hamzath Abdu Salam, who hails from Manjeri in Malappuram district.

The matter came to light after 30 kg of gold worth Rs 14.82 crores smuggled in a consignment camouflaged as diplomatic baggage was busted by the customs in Thiruvananthapuram on July 5. The NIA is probing the matter.