KM Basheer, 35, died on the spot in Thiruvananthapuram after the IAS officer's car allegedly rammed his motorcycle. 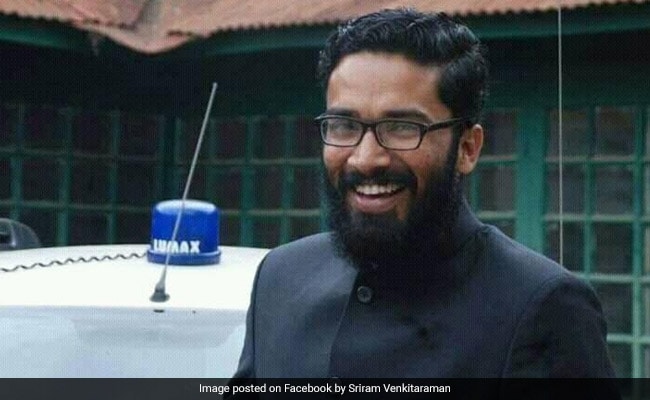 Sriram Venkitaraman, 33, is accused of alleged rash and negligent driving

On a day the Kerala Government challenged the bail of IAS officer Sriram Venkitaraman, accused of driving a car that killed a journalist, Chief Minister Pinarayi Vijayan told media that "no one will be allowed to dilute the investigations".

Sriram Venkitaraman, 33, is accused of alleged rash and negligent driving. KM Basheer, 35, died on the spot in Thiruvananthapuram after the IAS officer's car allegedly rammed his motorcycle. He was suspended on Monday and was granted bail on Tuesday.

"Sriram is not someone who is unfamiliar with rules and regulations. It's even more serious, when an official like him commits a crime. He was speeding, and all who saw him say that he had consumed alcohol. An investigation has been ordered into the possible police lapses," Mr Vijayan said.

However, the blood samples which were taken by the police, around 9 hours after the incident, have resulted negative for alcohol. Police said the accused had refused to give his blood samples for testing. The doctor on duty at General Hospital has however noted "alcohol smell - positive", police said. There was no breath analyzer test done either. This was one of the police lapses which became the ground for the Sriram Venkitaraman's bail.

A sub-inspector has also been suspended for alleged procedural lapses.

Challenging the petition in the court, the state government represented by the Assistant Commissioner of Police, Narcotic Cell stated, "The respondent (Sriram Venkitaraman) is a doctor by qualification, and is an IAS officer in Kerala cadre - highly influential. It is also a fact that immediately after the accident he misled the police giving false statement that vehicle was driven by his friend, the registered owner of the vehicle."

The accused is currently on bail, after he was remanded to judicial custody on Saturday. He was granted bail on Monday, when he was in an ICU. Incidentally, after refusing to give his blood samples for testing, he moved out of the government hospital, and from there admitted himself at a private hospital. It was at the private hospital, that the police reached around 9 hours since the accident, to collect the blood samples.

The victim, KM Basheer, was the Thiruvananthapuram bureau chief of Malayalam daily Siraj and is survived by his wife and two small children.