"This bill should be seen as been sent by the central government," Chief Minister Pinarayi Vijayan told the media

The estimated loss in Kerala due to the floods has been around Rs 31,000 crore, Pinarayi Vijayan said

The Kerala government has received a bill of over Rs 33 crore to be paid to the Controller of Defence Accounts, and this includes the airlift services provided by the Indian Air Force during the massive deluge in August this year.

"This bill should be seen as been sent by the central government. We in the recent past have also written to central government, stating that we were expecting the ration including the extra quota of rice and kerosene as free of charge, given as assistance during the floods. But we've not received any response to even that," Chief Minister Pinarayi Vijayan told the media. 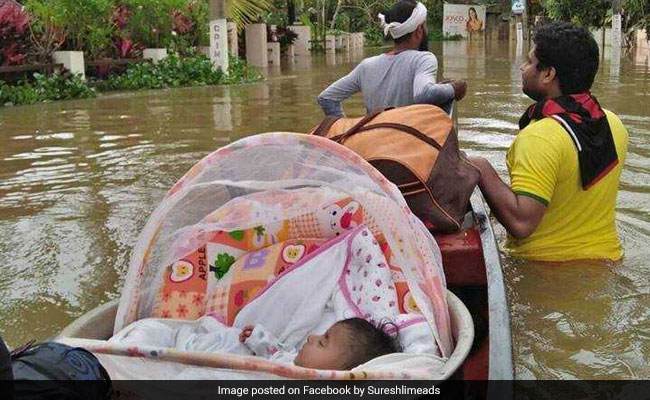 More than 5 million people in Kerala were affected and over 200 were killed in the Kerala floods, the worst to hit the state in a century. (File)

"The estimated loss in the state has been around Rs 31,000 crore. We received Rs 600 crore from the Centre as emergency fund. And now we have to pay these bills from that money and will be left with even lesser amount. We shouldn't be disappointed. The truth is that we have got much less than what we should have received as financial assistance from the Centre. Let's hope that they will calculate all this and give us equivalent amount as assistance," Mr Vijayan added.

The chief minister has written to Union Home Minister Rajnath Singh asking for the high level meeting on natural disasters to be held soon. "State has also submitted two memorandums to the Centre after the August floods...but high level committee hasn't met yet to examine the reports of the two central teams that visited Kerala," he said.