A delegation will also travel within India and meet up with all the Kerala-based organisation to seek funds. 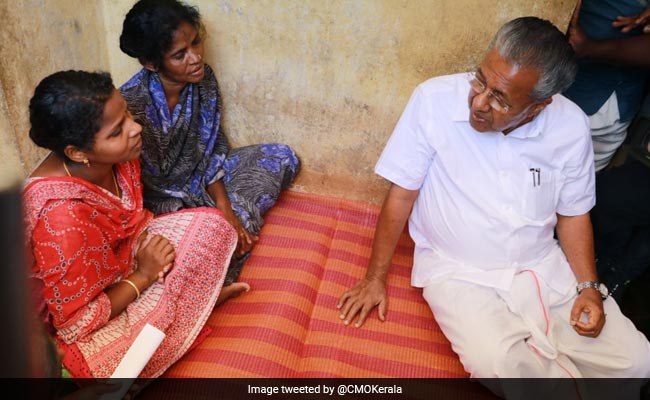 A high-level delegation led by a Kerala minister will travel to various Middle East countries and other nations to source funds for rebuilding the state in the wake of this month's devastating floods that have claimed 483 lives, Chief Minister Pinarayi Vijayan said on Friday.

The delegation will travel to the Middle East, the US, Australia, Germany, Canada, and along with the support of various Malayalee organisation in these countries will seek funds for rebuilding the state, Mr Vijayan told reporters after a cabinet meeting.

A delegation will also travel within India and meet up with all the Kerala-based organisation to seek funds.

"Similarly a fund collection drive will also be conducted in all the 14 districts of the state and each district will be headed by a Minister and it will take place between September 10 and 15.

"It has also been planned to initiate a collection in all the educational institutions in the state and it would take place on September 11," said the Chief Minister.

He also informed that international management consultant KPMG has agreed to provide free consultancy service and would be the consultant partner for rebuilding Kerala.

"The Sabarimala temple town has come under lot of damage and with the festival season slated to begin on November 17, it has been decided to hand over the restoration works to Tata Projects Ltd," he added.

An interest-free loan of Rs one lakh would be extended to all those who wish to buy household appliances, he said. Traders and others could avail a Rs 10 lakh in advance, which will bear interest, as an arrangement with a bank consortium is being worked out.

The contribution to the Chief Minister's Distress Relief Fund that began on August 15 has by now crossed Rs 1,000 crore.

The flood disaster has claimed 483 lives and the estimated value of destruction is more than the annual outlay of the state, besides it was the worst calamity to hit the state in a century. Some 14.50 lakh people are still putting up in over 3,000 relief camps following the incessant rain that lasted from August 8 to 16.