Chief Minister Pinarayi Vijayan said he has written to Prime Minister Narendra Modi in this regard. 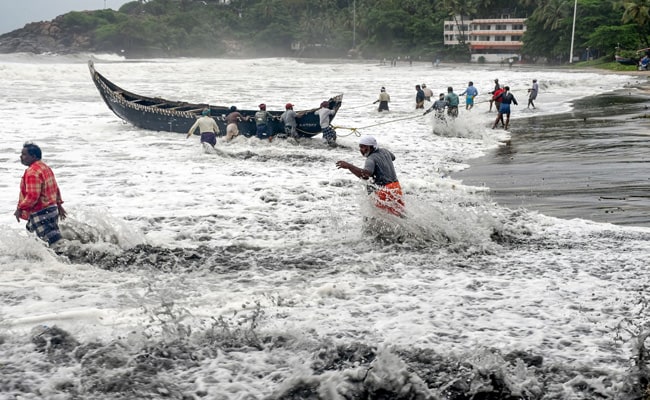 Kerala has a coastline of 590 km spread across nine coastal districts. (Representational)

Kerala on Thursday urged the Centre to declare coastal erosion as a natural disaster and also to double the disaster relief amount in view of loss and damage in the state's coastline which is exposed to rogue waves.

Chief Minister Pinarayi Vijayan said he has written to Prime Minister Narendra Modi in this regard.

He said Kerala has a coastline of 590 km spread across nine coastal districts.

"The Central Government has permission to provide assistance to the people in the event of state-level disasters from the annual allocation to SDRF (state disaster response fund) and NDRF for up to 10 per cent. Accordingly, Kerala has already declared coastal erosion as a state-level disaster."

"However, the central government has not taken such a decision.In the current situation, SDRF-NDRF assistance cannot be given for losses due to coastal erosion."

He said the state government is currently providing assistance in the case of natural calamities as per the recommendations of the 14th Finance Commission.

The central government is in the process of revising the norms on relief to people through SDRMF and NDRMF as per the recommendations of the 15th Finance Commission.

"In the wake of COVID 19, increasing the relief amount to the people would be beneficial to the state government.The Prime Minister has been asked to double the relief available when the norms are revised," the chief minister said.