The Met department has said the cyclonic storm may bring heavy rain in Kerala, Karnataka, Tamil Nadu, Maharashtra, Goa and and Gujarat. 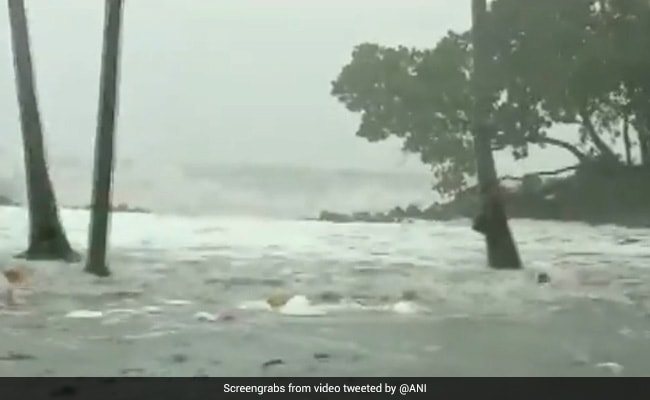 Kerala today witnessed heavy rain, strong winds and rough sea conditions in several parts due to a depression in Arabian Sea that is likely to intensify into cyclonic storm Tauktae.

The India Meteorological Department has said the cyclonic storm may bring heavy rain in several parts of the western coast, spread across Kerala, Karnataka, Tamil Nadu, Maharashtra, Goa and and Gujarat.

Though Kerala is not in the path of the cyclone, as per the forecast, heavy rain and strong winds are expected in the state till May 16.

While Thiruvananthapuram, Kollam and Pathanamthitta are on alert today, Malappuram, Kozhikode, Wayanad, Kannur and Kasaragod have been put on alert tomorrow.

#WATCH | Kerala: Four shutters of Bhoothathankettu dam in Ernakulam district opened to release the water, due to heavy rainfall. pic.twitter.com/i9PxL1P2Fo

The Chief Minister today said the state is prepared to face the calamity arising out of the cyclone.

"We should exercise utmost caution in districts and adjoining districts where the Meteorological Department has issued a Red and Orange Alert. The cyclone is developing and moving faster than expected. It is likely to move north from the Kerala coast by tomorrow," he said.

The Chief Minister informed that necessary steps have been taken to relocate vulnerable people in all the places. "Extensive preparations have been made in the state for the cyclone. Central and State forces are ready to deal with any emergency," he said.

Nine teams of the National Disaster Response Force have been deployed as a precaution, he said.

Fearing that the cyclonic storm may lead to a disruption in electricity supply to oxygen plants and filling stations, Mr Vijayan on Thursday wrote to Prime Minister Narendra Modi, requesting that 300 tonnes of oxygen be rushed to the state to push up the storage in hospitals.

Kerala is among the worst affected in the second wave of Covid infections in the country. The state reported 34,694 fresh infections and 93 deaths over the past 24 hours.

The state government today extended the lockdown to May 23. The restrictions had initially been announced from May 8 to May 16.

Thiruvananthapuram, Thrissur, Ernakulam and Malappuram districts, which are reporting the highest number of cases, will be placed under a triple lockdown, meaning tighter restrictions.