CPM's AN Shamseer Is New Speaker Of Kerala Assembly

Mr Shamseer, 45, has been representing Thalassery constituency since 2016. 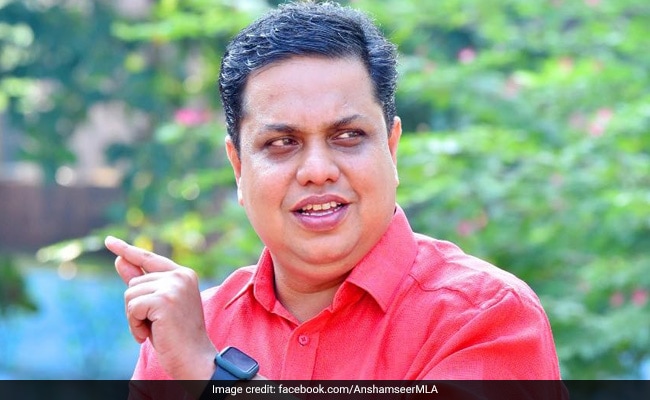 Pinarayi Vijayan said that A N Shamseer understands the values of secularism. (File)

MLA A N Shamseer was elected as the 24th Speaker of Kerala Legislative Assembly today.

Mr Shamseer replaced M B Rajesh, who resigned recently, after the ruling Communist Party of India (Marxist) decided to make the latter a minister in the Left government.

Mr Shamseer, 45, has been representing Thalassery constituency since 2016.

In the election that took place in the morning, Mr Shamseer got 96 votes while opposition Congress candidate Anwar Sadath received 40 votes in the 140-member Assembly.

After Deputy Speaker Chittayam Gopakumar announced the winner, A N Shamseer was led to the dias by the Chief Minister and the Leader of Opposition.

Chief Minister Vijayan said the new Speaker, who comes from a family which was affected by the Thalassery riots in the past, understands the values of secularism.

"He entered politics through the student organisation. He was the first union chairman of Kannur University. He was in the leadership of the SFI and the DYFI for a long period. He has a masters degree in anthropology and law. He has shown us that academics and politics can be pursued together," Mr Vijayan said.

The Chief Minister also pointed out that there are 31 members in the current Assembly from the age group of 27 and 48.

"This means that this Assembly is generally young and when a person from that age group becomes the Speaker, we expect that energy will reflect in all aspects of the House," Mr Vijayan added.

Congratulating Mr Shamseer, Congress leader Satheesan said the Speaker has a responsibility of upholding the legacy of the House which has a distinction of holding the most number of sessions in the country.

Mr Satheesan said the United Democratic Front (UDF) expects the Speaker to uphold and protect the rights of the opposition.

Both the Chief Minister and the Leader of Opposition congratulated Mr Rajesh on becoming a state minister.

They both appreciated Mr Rajesh's efforts in maintaining the business of the House in an efficient manner.

Mr Shamseer was elected as the state secretary of SFI in 2008 and later as its all-India Joint Secretary. He was also the state president of the DYFI.