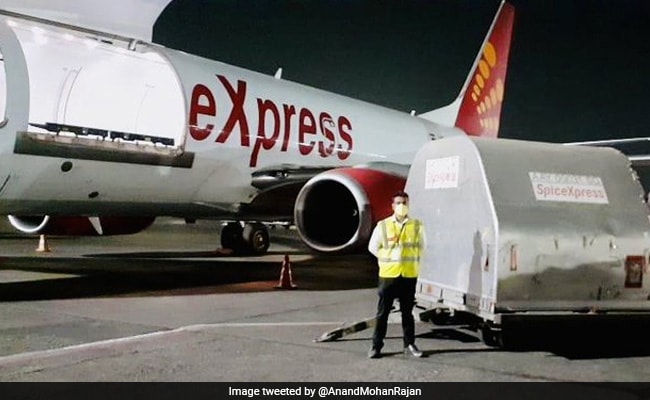 Around 1,000 rapid sample testing kits for coronavirus have been flown in to Kerala and will be handed over to the District Collector of state capital Thiruvananthapuram today, Congress MP Shashi Tharoor's office said.

"This is the first batch of 1,000 rapid test kits arriving in Kerala," Mr Tharoor's office said.

Shashi Tharoor has ordered for a total of 3,000 sample testing kits from Pune-based MyLab - the company which got the commercial approval last month for the first made-in-India coronavirus or COVID- 19 test kit. Rs 57 lakh have been paid for this from the MP funds.

Thiruvananthapuram is one of the seven hotspots in Kerala, identified by the Union Health Ministry. The district has 10 confirmed COVID-19 cases and over 18,000 people under surveillance.

One of the two people who died in Kerala belonged to the district and the source of where or how he got has not been determined, according to government officials.

Transporting the first batch of the rapid testing kits was a huge challenge, Mr Tharoor's office said, since very few cargo flights are operating. "A SpiceJet cargo flight from Mumbai to Kozhikode flew the first set, and from there, overnight, the specially-packed kits with dry ice are being brought to the state capital by road, with inter-district co-ordination," Rohith Suresh, special assistant to the Congress MP, said.

A pilot, Anand Mohan Rajan, had tweeted on Thursday saying the testing kits were on their way to Thiruvananthapuram.

Thanks for all your help & support! Let's get this moving! https://t.co/ZXbFlnFaay

On March 30, Mr Tharoor had tweeted, "Having argued consistently for more widespread testing of COVID-19, I've decided to pledge 57 lakhs for the purchase of 3,000 rapid test kits for my constituency and a further 1 crore for more test kits to be developed locally by @sctimst_tvm, a pioneer in medical R&D in TVM.

Having argued consistently for more widespread testing of #COVID19, i've decided to pledge 57 lakhs for the purchase of 3000 rapid test kits for my constituency,&a further 1cr for more test kits to be developed locally by@sctimst_tvm, a pioneer in medical R&D in Tvm. pic.twitter.com/UFCqGAZzQ8

Kerala Chief Minister Pinarayi Vijayan has said that Kerala will be going ahead with rapid testing to see if there are instances of community spread of coronavirus. Mr Vijayan has also requested  Prime Minister Narendra Modi's assistance to fly in rapid test kits from Hong Kong. Kasaragod, Kerala's northernmost district, is the worst-affected with 114 confirmed COVID- 19 cases, and five identified clusters. Kannur, meanwhile, has 56 positive cases. Kerala has over 280 positive cases with over 1,65,934 people under surveillance.