The State Disaster Management Authority has instructed district administrations and the local self government institutions to get ready to deal with the monsoon this time while fighting COVID-19. 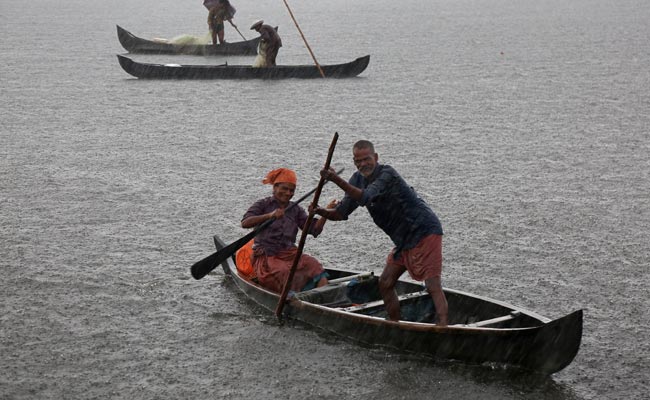 The onset of monsoon in Kerala will see a delay of 4 days. (File)

With the experience of having battled floods in the last two years, the Kerala government has laid out specific plans, keeping the COVID-19 situation in mind, to tackle the expected heavy rains of the coming South West Monsoon, likely to hit the state on June 5.

The State Disaster Management Authority has instructed district administrations and the local self government institutions to get ready to deal with the monsoon this time while fighting COVID-19.

SDMA has identified and begun the process of taking over buildings other than the 27,000 for COVID-19 patients, as those affected by an emergency cannot be housed along with them, a point stressed by Chief Minister Pinarayi Vijayan.

SDMA has identified four types of buildings in case an evacuation is required due to floods.

"We have the experience of two worst floods in previous two years. We devised a specific plan while keeping in mind the COVID-19 situation. This is because the COVID-19 patients, or the aged and those with serious illness will have to be accommodated separately," Mr Fahad, in charge of hazard analysis with SDMA, told PTI.

He said a high-level meeting chaired by the Chief Minister had on Thursday given directions to officials concerned to clean rivers, streams and canal paths, which is expected to be completed within a week.

The Chief Minister had quoted climate experts as having said that the state may receive heavy rains this year.

They had said that even if it is a normal monsoon, the state could receive heavy rains in August.

"While fighting the pandemic, this was another big challenge," Mr Vijayan had said.

With the ever present COVID-19 threat, people could not be allowed to stay together if they needed to be relocated, he had said.

The monsoon last year resulted in rampant landslides across north Kerala resulting in death of over 101 people.

The state also witnessed the worst flood of the century in 2018 monsoon when at least 483 people lost their lives.

The India Meteorological Department (IMD) has said that the southwest monsoon over Kerala this year is likely to set in on June 5, with a model error of plus or minus four days.