We Failed In Our Protest Over Sabarimala Issue, Says BJP

Speaking at the venue of the protest, state BJP president PS Sreedharan Pillai said the party would end the indefinite fast on Sunday. 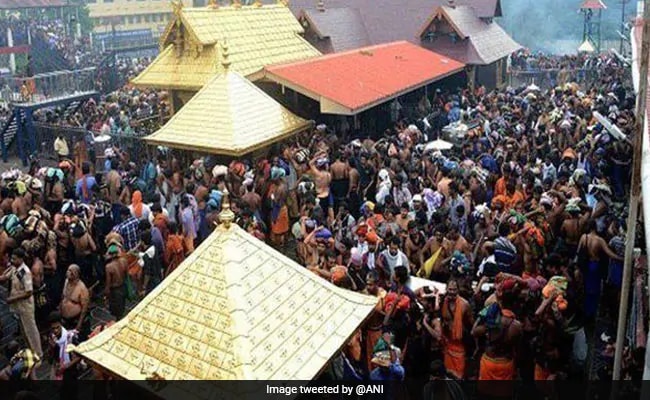 The BJP Saturday admitted that its fight to protect the faith of devotees on the Sabarimala issue was ''not entirely successful.''

The party has been spearheading the nearly two-month-long agitation against the decision of the Kerala government to implement the Supreme Court order allowing entry of women of all age groups into the shrine of Lord Ayyappa.

Speaking at the venue of the protest, state BJP president PS Sreedharan Pillai said the party would end the indefinite fast on Sunday.

"There were notable achievements during certain phases of the agitation, but, our fight to protect the faith was not entirely successful," he said.

"Even though we were unable to achieve 100 per cent success, we were able to garner more public support due to the blessings of Lord Ayyappa," Mr Pillai said at the protest venue in front of the Secretariat.

The protest lost steam at a point of time when the BJP was unable to field known leaders to take part in the indefinite relay fast.

The fast was started by party general secretary AN Radhakrishnan followed by CK Padmanabhan and Shobha Surendran, among others.

The memorandum, with around one crore signatures from people from Kerala and elsewhere, seeks to end the police restrictions at the hilltop shrine.

Mr Pillai, who led the delegation, sought the release the activists who were jailed during the recent protests on the women's entry issue.

"Around 5,000 fabricated cases have been registered against the devotees who protested. Almost 1,000 activists are still in jail. They must be released," he said.

Besides, there were demands to end the alleged police raj at the shrine and withdrawal of prohibitory orders at Sabarimala, a senior BJP leader told PTI.

Besides Mr Pillai, the lone BJP MLA in the state O Rajagopal, Bharat Dharma Jana Sena (BDJS) leader Gopakumar and former Kerala Congress leader PC Thomas, among others, also were part of the NDA team that met the governor.

The prohibitory orders ended on January 14, the Makaravilakku festival day.

However, a BJP leader said their memorandum seeks to reduce the police restrictions which may come up next time when the shrine opens for monthly pooja.

Meanwhile, two women in their late 30s, who came to offer prayers at the shrine, were turned back by the police apprehending protest by devotees.

The state had witnessed "nama japam" protests by BJP, RSS and right outfits over the entry of young women into the shrine, where the deity is Naishtika Brahmachari (perennial celibate).

The state had also seen widespread violence after two women of menstrual age visited the shrine on January 2 following the September 28 order of the Supreme Court allowing women of all ages into the shrine.