Sri Lanka blasts: Zahran Hashim spent two or three months in India late last year and was in touch with many Indians. The NIA and other investigative agencies are now trying to track them down 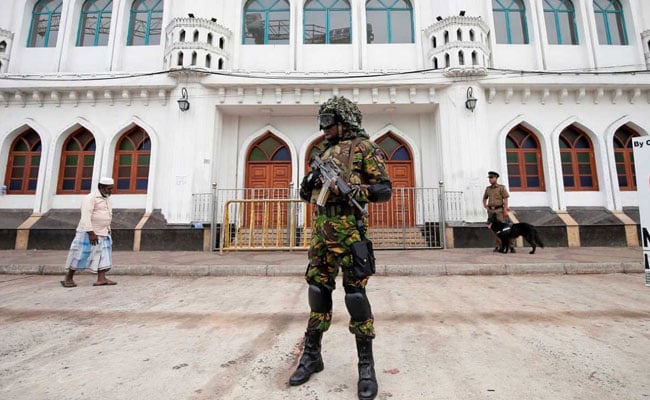 The Easter Sunday blasts in Sri Lanka had killed over 250 people, including dozens of tourists

A man arrested for allegedly plotting terror attacks in Kerala, allegedly had links with Zahran Hashim, the suspected mastermind of the Easter Sunday blasts in Sri Lanka, sources in the National Investigation Agency told NDTV. Riyas A, also known as Riyas Aboobacker and Abu Dujana -- was arrested from Palakkad. Officials in the NIA say he was inspired by Zahran Hashim and was allegedly conspiring to commit a terrorist attack in Kerala.

Hashim spent two or three months in India late last year and was in touch with many Indians. The NIA and other investigative agencies are now trying to track them down. More than a dozen men from Tamil Nadu and Kerala are under the agency's scanner, sources said.

Zahran Hashim, the ringleader of the group that carried out the attacks in which 250. people were killed in Lanka, had died in the blast at the Shangri La Hotel, Lankan President Maithripala Sirisena had said.

The leader of the National Thowheeth Jama'ath is said to be linked with the global terror group ISIS. In a video released by ISIS, he was seen leading a group of seven in a pledge of allegiance to ISIS chief Abu Bakr al-Baghdadi.

Investigators now say he had spent a few months in India, during which he came in contact with many youth and wanted to motivate them to join the ISIS.

Sources in the agency said they are trying to establish his links with certain people arrested over the last few days.

Yesterday, three residents of Kerala's Kasaragod and Palakkad districts were taken for questioning by the NIA.

Aboobackar Siddique and Ahammad Arafath are believed to have been in touch with people who left the state to join ISIS. The two were found to possess handwritten notes in Arabic and DVDs of religious speeches and books authored by controversial preacher Dr Zakir Naik. The identity of the third suspect is yet to be confirmed.

Sources in the Kerala police told NDTV that around 30 people with links to Tawheed -e-Jamaat in Kerala are being monitored.  The radical group has offices in Kerala and Tamil Nadu. "We have been following the organisation from 2013-2014," an officer told NDTV.

While the state police is on high alert and investigating around 30 people, "none of them have committed any illegal act in the state as of now," an officer said.