On Tipu Sultan Row, Girish Karnad says 'Not on Twitter, Not Bothered by Threats'

Security at Girish Karnad's home has been increased after a tweet threatened him.

Bengaluru: Playwright Girish Karnad today said he was saddened, but not bothered, by the death threat over his comment that the Bengaluru airport should be renamed after 18th century ruler Tipu Sultan, a much-debated figure in history.

"It is not really about Tipu Sultan, it is an example of the state of political discourse in the country. The 'gundaism' (hooliganism) is not led by people on the street but by political leaders, people who we thought had more sense," Mr Karnad, a Jnanpith award winner, told NDTV.

"The controversy does not bother me or surprise me. I have been through it before. If we are a mature democracy then we can have mature dialogue."

Mr Karnad, 77, has apologised for his comment but that has not silenced protesters.

Security at Mr Karnad's home has been increased after a tweet threatened that he would "meet the same fate" as MM Kalburgi, a writer who was shot dead at his home in Maharashtra in August.

The veteran artiste said: "Fortunately I am not on Twitter or Facebook, so I am blissfully unaware of threats." 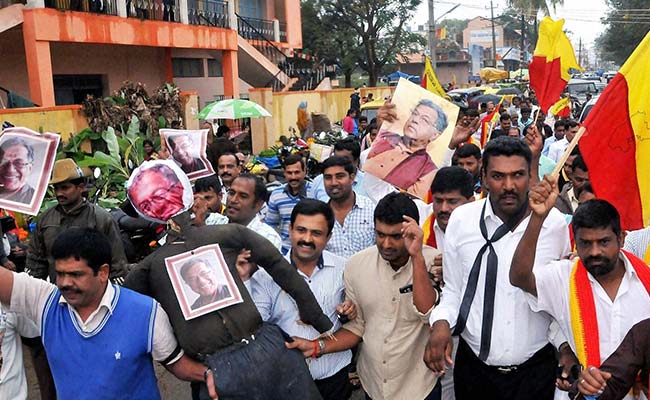 Asked whether he took the threat seriously, he added, "No, but I take the government's responsibility seriously."

The threat to Mr Karnad comes in the middle of a row over Karnataka's Congress government celebrating Tipu Sultan's birth anniversary. The BJP, its ideological mentor Rashtriya Swayamsevak Sangh (RSS) and other groups linked to the RSS have launched protests, saying Tipu Sultan was a tyrant who persecuted Hindus and Christians. Chief Minister K Siddaramaiah, however, refused to call off the celebration despite the outcry against it.
Comments
Girish KarnadTipu SultanTipu Sultan controversyBengaluruVHPdeath threatsCongress

"Something Fishy": Karnataka Quizzed Over Rs 5,000 To Migrants Amid Lockdown