Bandipur Forest Reserve: Around 100 trained forest officials led by the Balachandra, the Chief Conservator of Forests at Bandipur, a contingent of six elephants and a specially-trained German Shepard dog named Rana were used by authorities to locate the tiger. 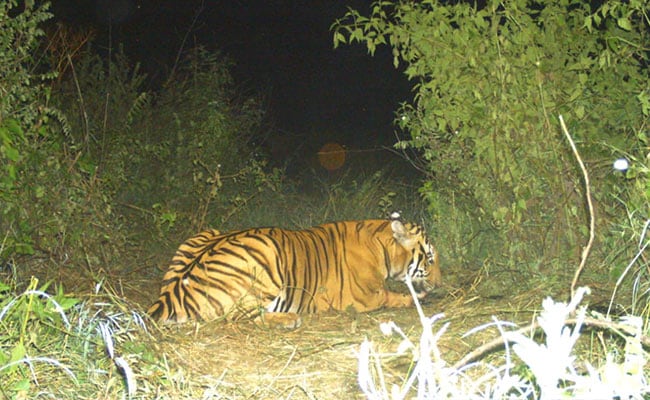 An elusive tiger, which killed two villagers and 18 cattle at Karnataka's Bandipur Reserve, was on Sunday captured and tranquilised by forest officials, nearly a week after authorities had come under tremendous pressure to locate the wild cat. Officials finally managed to find the tiger hiding in a bush in the forest near Naguvanahalli village in the Bandipur Forest Range, nearly 200 km away from capital Bengaluru.

Around 100 trained forest officials led by Balachandra, the Chief Conservator of Forests at Bandipur, a contingent of six elephants and a specially-trained German Shepard dog named Rana were used by authorities to locate the tiger at the vast 872 square kilometre reserve.

Locating the big cat proved to be a huge challenge for authorities, who faced angry protests from villagers, who wanted the tiger killed, and a case filed against the deputy commissioner of the district.

Officials however managed enlist the help of Soliga tribals in the area and used CCTV cameras fixed at strategic spots throughout the forest to locate the giant feline.

The effort made to find the tiger finally paid off when the animal was seen on one of the cameras at 4.45 am on Saturday, near Naguvanahalli. 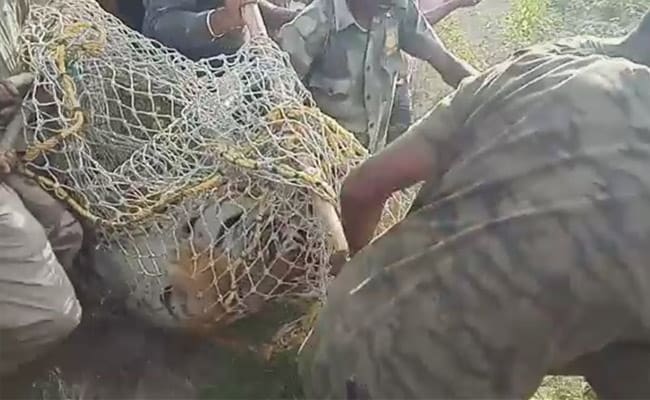 Dramatic footage from the capture site showed forest officials hauling away the tiger wrapped around a thick-roped net. The immense help and cooperation of the Soliga tribals proved to be crucial in the efforts to capture the tiger

Three of the elephants, the German Shepard and several officials finally found the tiger in the flesh in the afternoon at 2.30 pm in the same area.

"The tiger was captured late in the afternoon with the help of Soliga tribals, who spotted it hiding in a bush," state Chief Wildlife Warden Sanjay Mohan, who was supervising operations from outside the forest, was quoted as saying by news agency IANS.

"When the tiger was hit by a tranquiliser dart by forest guards atop on an elephant based on the Soligas' cues, it managed to escape into another bush. The Soligas proved crucial in spotting it again and hitting it with another darting to immobilise it," he added.

When reports of the tiger killing the villagers had emerged a week ago, authorities had issued shoot-at-sight orders if the animal would not be found within two days, a decision which had come under fire from several wildlife activists.

"Despite tremendous pressure from several corners, our staff focussed only on capturing the tiger and finally we did it without harming the wild cat," said Mr Balachandra.

The tiger will now be taken to Mysore Zoo where it will be treated.

Because of human encroachment and a spur in conservation leading to an increase in the number of territorial big cats, the danger of tigers moving to areas of human habitation have increased.

There are many villagers surrounding the Bandipur reserve who often take their livestock into the forest area for grazing.