Karnataka election: Congress president Rahul Gandhi stopped to speak to reporters while campaigning in Kolar when he debuted a barb at Prime Minister Narendra Modi 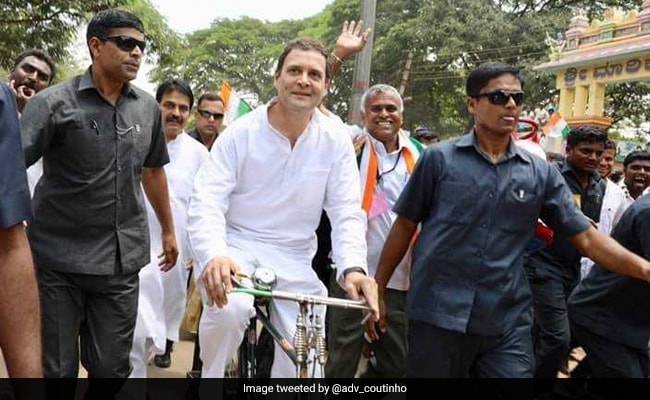 The Congress president had stopped to speak to reporters while campaigning in the Kolar region when he debuted a barb at the Prime Minister and a simpler mode of travelling in the interiors -- the cycle. 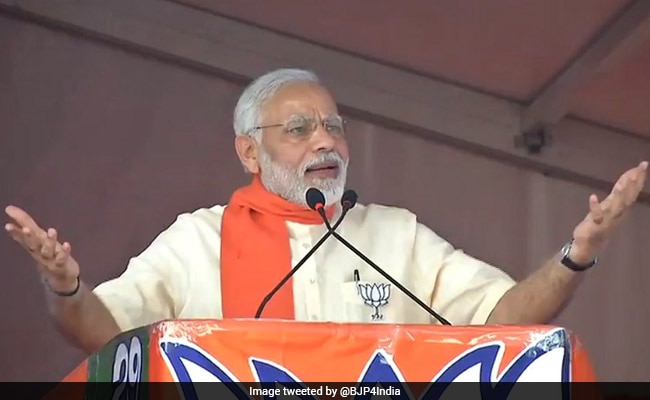 The retort came from BJP spokesperson Sambit Patra. "Rahul Gandhi is speaking about the speaker and airplane mode... the only mode during the era of the Congress party was corruption mode. Today, thankfully, the country has come out of corruption mode and country is in performance mode," Mr Patra sneered.

Rahul Gandhi also addressed a gathering from a bullock cart and targeted the central government on fuel prices.

"You want to take money from the pockets of those driving scooters, trucks, buses and other vehicles in the country and want to give it your rich friends," he said.

Promoted
Listen to the latest songs, only on JioSaavn.com
During a three-day visit, the Congress chief will campaign in Bengaluru Rural, Chikkballapura, Tumakuru districts and Bengaluru city. He has also been the prime target of digs from PM Modi and the BJP.

Results will be declared in Karnataka on May 15, three days after voting for the state's 224-member assembly.