Mysuru Gang-Rape: No Arrests; Minister Says No Statement Since Woman In Shock

Mysore Gang-Rape Case: The young woman, who is from Maharashtra and is studying at a private college in Mysuru, is still in hospital. 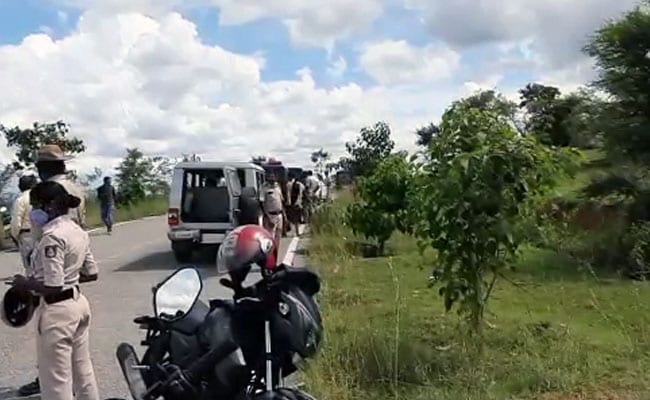 A 22-year-old MBA student, allegedly gang-raped near Mysuru on an outing with her boyfriend, is in shock and the police have yet to record her statement, the Karnataka government has said as anger spirals over the horrific assault at a popular tourist site.

"The girl was gang-raped and hospitalised, while the boy was beaten badly. It's an unfortunate incident. My government has taken it very seriously. The perpetrators will be caught soon and brought to justice," Chief Minister Basavaraj Bommai told ANI today.

The young woman, who is from Maharashtra and is studying at a private college in Mysuru, is still in hospital. None of her attackers have been arrested.

"The victim is in shock. Hence the statements haven't been able to be recorded. Police are trying to trace them (accused)," Karnataka Home Minister Araga Jnanendra told reporters.

"No one has been arrested, we're awaiting details," he admitted, asserting that strict action will be taken. The minister said he is heading to Mysuru.

The police have few leads to go by.

The woman had gone with her classmate to Chamundi Hills, a popular spot on the outskirts of Mysuru, at 7.30 pm on Tuesday. Every day, hundreds visit the site, which also has a temple.

A group of men, allegedly drinking, saw the couple go into the forests and followed them.

The horror that followed landed the two students in hospital about six hours later.

The men - there were six, according to the police -- surrounded the couple and demanded money.

When they refused, the men beat the woman's boyfriend. Two of the men allegedly raped the woman, leaving her with severe injuries.

The Home Minister said give that Mysuru is visited by thousands, the incident "makes us bow down our heads in shame".

Asked about lapses in security and lack of patrolling by the police, Mr Jnanendra said he would examine these questions in his meetings with officials in Mysuru.

The opposition Congress has attacked the state government saying it has failed to ensure basic security for people.

The minister responded: "Congress is trying to politicise such unfortunate incidents. This is not the time to politicise it. There were many such cases during the Congress regime. As BJP is in power now, they're trying to pin it on us."