Lok Sabha Elections 2019: Reacting sharply to KM Shivalinge Gowda's comments, the BJP condemned the statement and also claimed that the lawmaker had asked his supporters to throw stones at the Prime Minister. 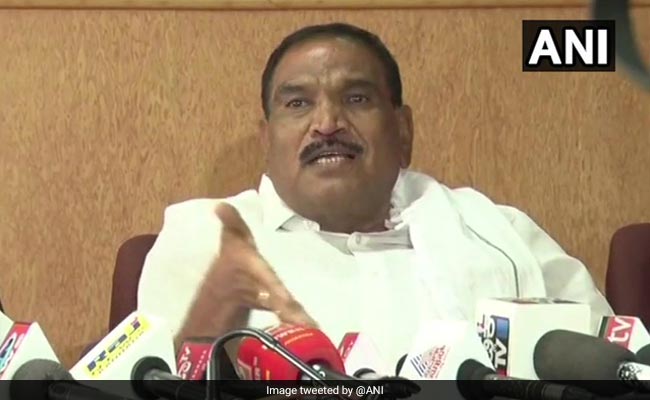 Janata Dal-Secular or JDS Member of Legislative Assembly or MLA KM Shivalinge Gowda has courted controversy by asking people to "slap" those seeking votes for Prime Minister Narendra Modi and chanting his name.

Reacting sharply, the BJP condemned the statement and also claimed that the lawmaker had asked his supporters to throw stones at the Prime Minister.

In his controversial speech on Friday at Karnataka's Arasikere, Mr Gowda purportedly said PM Modi had failed to bring back black money stashed in Swiss Banks and did not fulfil his promise of allegedly giving Rs 15 lakh to each citizen of the country.

"You (Narendra Modi) had promised to bring back black money and give each one Rs 10 lakh to Rs 15 lakh," he said addressing an election rally.

"...Whenever you come across someone seeking votes by chanting Modi, Modi, give him a tight slap," the MLA said further.

"The Arasikere MLA has asked his supporters to pelt stones at Narendra Modi. Earlier also many leaders had given objectionable statements. It reflects their hatred for the prime minister," Mr Kumar said.