Dharwad building collapse: The construction work was reportedly carried by a firm linked to a relative of former Karnataka minister and Congress leader Vinay Kulkarni. 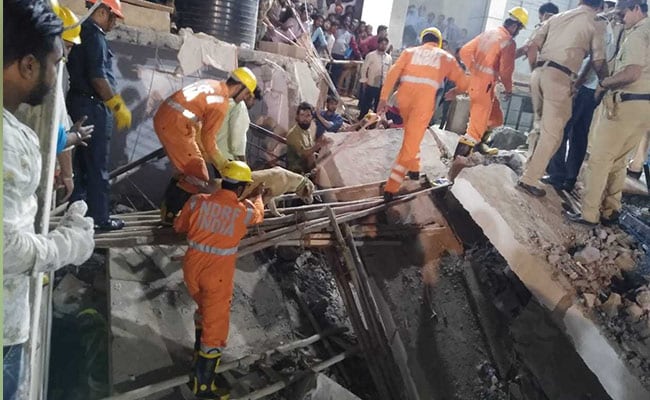 Fifty six people have been rescued from the debris so far.

One more dead body was pulled out today from the debris of the building that collapsed at Dharwad in north Karnataka on Tuesday, raising the total number of dead to three. Fifty six people have been rescued from the debris in the rescue operations that have been taking place since last night.

At least 30 more people are believed to be still trapped beneath the debris, news agency PTI reported, quoting the police.

"Two more teams of #NDRF are being airlifted from Ghaziabad in addition to one team which was moved from Bangalore in connection with Dharwad building collapse," the NDRF tweeted.

About 150 police, fire and emergency personnel too have joined the rescue operations.

No arrests have been made so far.

News agency PTI reported that the construction work was carried by a firm linked to a relative of former Karnataka minister and Congress leader Vinay Kulkarni.

An eye-witness had alleged that the building did not have the capacity to bear four storeys whereas an extra floor was being added.

"The builders had used substandard materials," he told reporters Tuesday. Most of those trapped were migrant labourers from north India who were engaged in laying tiles.

The incident took place in Dharwad's Kumareshwar Nagar, about 400 kilometres north of Bengaluru.

According to local reports, construction had been going on in the building for the last two years and work was ongoing on the third floor. The first two floors had around 60 shops that were functional. Some reports suggest about 150 people were in the shops when the structure crashed.