Karnataka election: During a BJP rally, PM Narendra Modi called out Basvaraj's name and encouraged him to help the party win in the assembly election 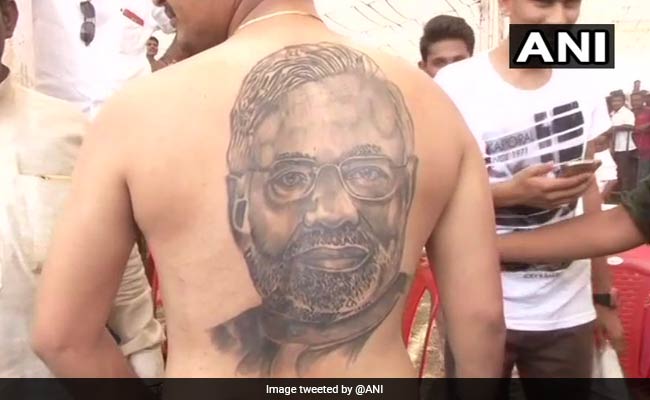 Karnataka election: A man in Raichur shows a tattoo of PM Narendra Modi on his back

Raichur (Karnataka): He must be the biggest fan of Prime Minister Narendra Modi. He endured 15 hours under the slow-moving hand of a tattoo artist who etched a face of the Prime Minister on his back in black ink. Basvaraj, a resident of Karnataka's Raichur district, said he decided to get the large tattoo made to show his support to the Bharatiya Janata Party's campaign in the southern state.

In the tattoo that covers almost his entire back, PM Modi wears reading glasses and sports a thick beard. His hair is combed neatly with a side parting. Some portion of the neck is also visible, along with what appears to be a kurta collar.

"It took 15 hours to get this done. I got it made as our Prime Minister has done good work in a span of four years," said Basvaraj, a tutor in the town some 400 kilometres from state capital Bengaluru.

During a BJP rally in the district, PM Modi had called out the tutor's name and encouraged him to help the party win in the Karnataka assembly election.

"He mentioned me in his rally today and said I should help BJP win elections in the state. I will never forget this day," Mr Basvaraj said. 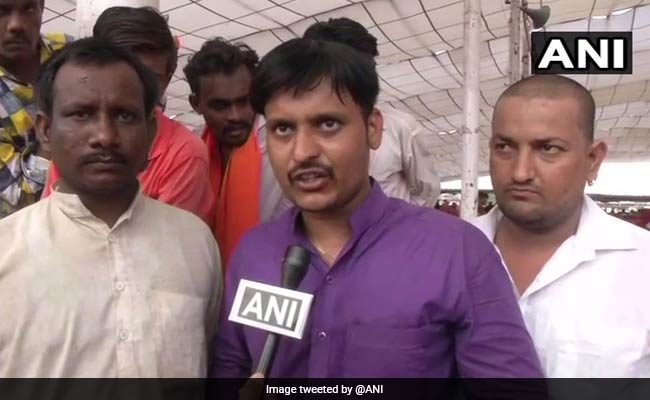 Basvaraj, a tutor in Raichur, drew a large tattoo of Prime Minister Narendra Modi on his back.

He said he also has a tattoo of Karnataka BJP legislator K Shivanagouda Naik, though he did not show it.

It was not immediately known whether the tattoo was of the permanent ink type or a temporary one. Basvaraj's extreme act of fandom, however, drew both encouragement and ridicule on social media.

Promoted
Listen to the latest songs, only on JioSaavn.com
If the BJP wins, it would boost the party's pan-India march toward the south, especially after extending its influence in the north-east in recent assembly elections. A Congress win would reinforce the party's claim that the BJP's brand of politics does not have takers everywhere. The Karnataka assembly election is going to be a close fight, opinion polls show, with political parties trying to attract the influential castes such as the Lingayats and the Vokkaligas.

Karnataka Chief Minister Warns Of Action Against Those Troubling Kannadigas