The bodies of two sisters were found holding their hands together as a portion of a hill collapsed on their house. 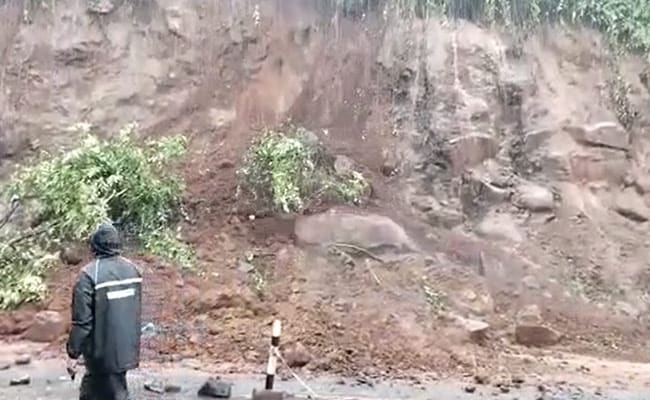 Heavy rains were lashing Subramanya from the evening of Monday (Representational)

Two sisters who were found holding their hands were among the six persons killed in landslides in Uttara Kannada and Dakshina Kannada districts of Karnataka, police said on Tuesday.

Four members of a family were killed after a portion of a hill collapsed on their house at Muttalli of Bhatkal taluk in Uttara Kannada district, police sources said.

In another heart-wrenching incident reported from Subramanya in Dakshina Kannada district, the bodies of two sisters were found holding their hands together as a portion of a hill collapsed on their house.

The bodies of the siblings were removed after a long rescue operation. Shruthi (aged 11) and Jnanashree (6), daughters of Kusumadhar, lost their lives in the tragedy on Monday.

Heavy rains were lashing Subramanya from the evening of Monday. Around 7 pm, a loud noise was heard. Shruthi who was reading a book in the portico of the house, ran inside thinking the sound must have come from there.

Jnanashree also ran inside the house. At the same time, the hill collapsed on their home. The children's mother, who was busy in the kitchen, came outside the house, thinking that the children must be outside.

As a tree fell on the way and water was overflowing, rescue personnel could not reach the spot immediately. The rain also hampered the operation, police sources said.

Karnataka Man Stabbed To Death Was Among 7 Targets, 6 Arrested: Cops