Assembly Speaker Vishweshwar Hegde Kageri informed the House that he has accepted the resignation of Deputy Speaker M Krishna Reddy. 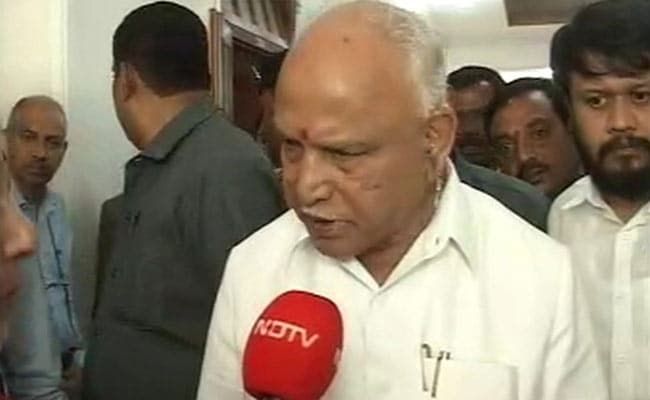 Deputy Speaker of the Karnataka assembly M Krishna Reddy, elected to the House on a JDS ticket in the 2018 elections, resigned from the post on Tuesday ahead of a no-confidence motion sought to be moved by the ruling BJP against him.

Assembly Speaker Vishweshwar Hegde Kageri informed the House that he has accepted the resignation of Mr Reddy, who had won from the Chintamani constituency.

The Speaker said he withdrew the motion, tabled under rule 169, seeking the removal of the Deputy Speaker after Mr Reddy's resignation.

"... Deputy Speaker of the Karnataka Legislative Assembly M Krishna Reddy has submitted his resignation today, I have accepted it. So I'm dropping moving of the motion from the agenda," Mr Kageri announced in the assembly.

Kittur MLA Doddagoudar Mahantesh Basavantaray and others were scheduled to move the motion which read "Deputy Speaker has lost the confidence of the House" and it was part of Tuesday's list of business.

According to reports, Chief Minister BS Yediyurappa had recently indicated to Mr Reddy that he might have to step down as Deputy Speaker as he was elected to the post during the previous dispensation.

He was elected as the Deputy Speaker on July 6, 2018, during the tenure of the Congress-JD(S) coalition government headed by HD Kumaraswamy.

In Letter To PM, 13,000 Schools Accuse Karnataka Government Of Corruption