Bengaluru Metro: "You have set a deadline of 2025 for second phase, but you finish it by 2024. You re-plan and reschedule it so that you can complete it at the earliest because metro rail work causes much trouble to people," he said. 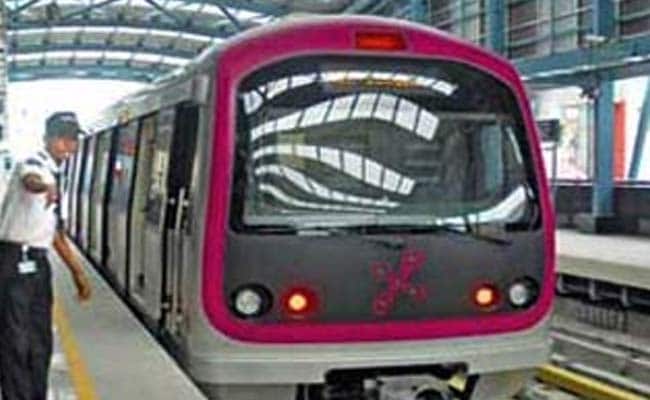 Karnataka Chief Minister Basavaraj Bommai on Wednesday asked officials to complete the second phase of Bengaluru Metro work by 2024, a year before the deadline.

"You have set a deadline of 2025 for second phase, but you finish it by 2024. You re-plan and reschedule it so that you can complete it at the earliest because metro rail work causes much trouble to people," he said.

Mr Bommai was speaking at an event to mark the "breakthrough" of tunneling for metro rail line from Cantonment to Shivaji Nagar Metro Station by Tunnel Boring Machine (TBM) 'Urja'.

He said the early completion of the project will help people reach their destination faster and reduce traffic congestion.

He also said that he himself will supervise the progress of the Metro Rail work. "I will personally supervise it. At any cost, the second phase should be finished by 2024".

Mr Bommai said the idea is to give metro rail connectivity up to the International Airport, adding, the Centre too has shown its interest to complete the work by providing financial assistance.

According to Bangalore Metro Rail Corporation Limited officials, the 21.26 kms new line (Line-6) from Gottigere to Nagawara is part of Phase-2 of the project.

This line consists of 7.5 Kms of elevated corridor with six elevated stations and 13.76 kms underground corridor from south ramp near Jayanagar Fire station to north ramp at Nagawara with 12 underground stations.

The tunneling from Cantonment to Shivaji Nagar station started on July 30, 2020.

The total length of tunneling to be done is 21.246 km and the total number of TBMs deployed are nine. Till now 3.842 km of tunneling has been completed, they added.

20% Beds In Government Hospitals For Children: Karnataka Preps For 3rd Wave Of COVID-19