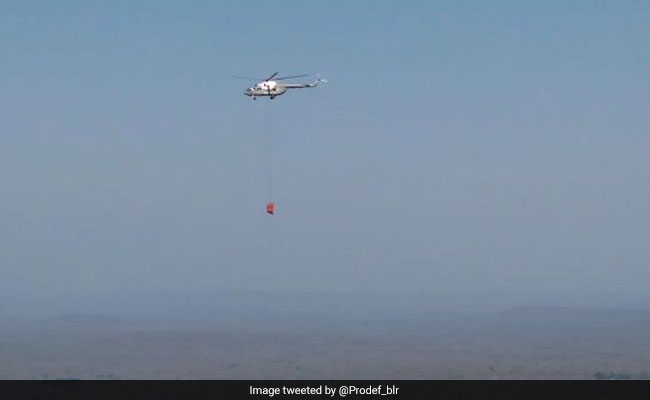 The blaze destroyed hundreds of trees and bushes.

Karnataka Chief Minister HD Kumaraswamy on Wednesday conducted an aerial survey of the Bandipur National Park after the raging forest fire there was brought under control on Tuesday.

The blaze in the Bandipur National Park in Chamarajanagar district, about 220 km from Bengaluru, was brought under control by the coordinated efforts of the Indian Air Force, the district fire brigade, forest guards and locals after nearly five days on Tuesday.

Though the cause of the wildfire was yet to be ascertained and under investigation, officials said it was confined to about 30 sq km in the core area and 20 sq km in the periphery of the 1,320 sq km national park that straddles across the inter-state border into Tamil Nadu.

Eyewitnesses said the blaze destroyed hundreds of trees and bushes, though no wildlife casualties have been reported.