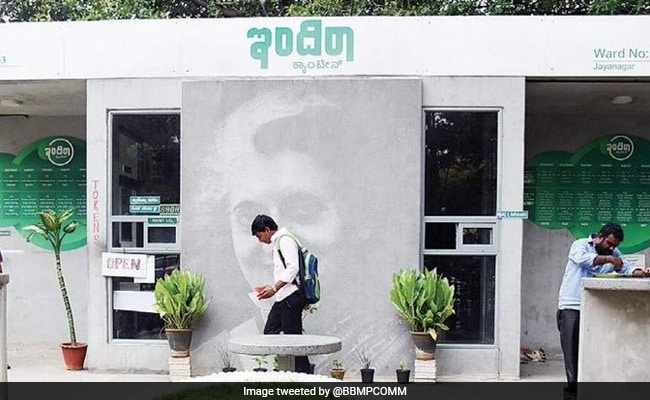 During the scheduled hours, street side vendors, labourers and poor would be provided food free of cost.

The Karnataka government on Saturday said that the state run Indira Canteens would provide food packets free of cost to the poor and needy in the wake of the lockdown, the government said here on Saturday.

During the scheduled hours, street side vendors, labourers and poor would be provided food free of cost.

After the cabinet meeting on Friday, Chief Minister BS Yediyurappa had said food packets would be provided to the poor and needy with the help of some organisations through the Canteens and had sought the help of everyone in this regard.

The State-sponsored, subsidised ''Indira Canteens'' as of now serves breakfast at Rs five and lunch and dinner at Rs 10.

The government asked people availing the facility to maintain cleanliness at the canteen and staff who serve food to compulsorily use masks and hand gloves.

It also said soaps and sanitizers should be made available at the canteens.

The government also asked people to maintain a minimum distance of one metre while standing in queue and take all precautionary measures.

Earlier, a day after announcing that food would be provided free of cost through the canteens for daily wagers, Mr Yediyurappa on March 24 had said it has been decided that the canteens will not be opened, after realizing that it was leading to crowding, which drew criticism.