Here's how you can check Karnataka bypolls 2018 results online. 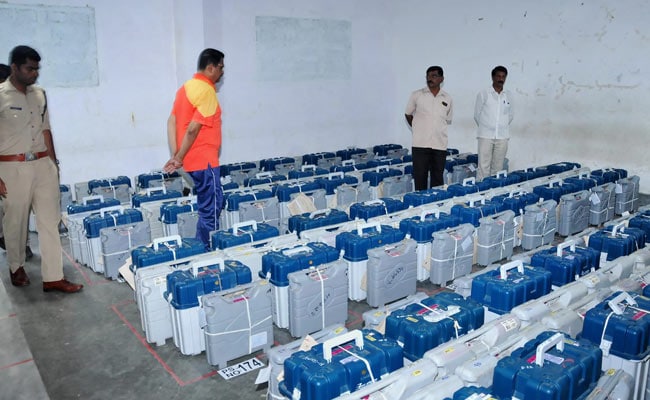 The results for three Lok Sabha and two assembly constituencies in Karnataka that went to the bypolls on Saturday will be declared today. Counting of votes began at 8 am at five centres, one each in five constituencies, with a total of 1,248 counting staff deployed.

An estimated 67 per cent voter turnout was recorded in the bypolls for five constituencies. A total of 31 candidates were in the fray from all the five constituencies, though the contest is mainly between the Congress-JDS combine and the BJP.

Here's how you can check Karnataka bypoll result 2018 online:

How can I check Karnataka assembly election result 2018 online?
NDTV is covering the Karnataka bypoll elections 2018 extensively. You can check out the results here

Security Stepped Up In Karnataka's Udupi Amid Tension Over Savarkar Poster