The toxic froth in Bellandur and the other lakes of Bengaluru has persisted for at least two decades. 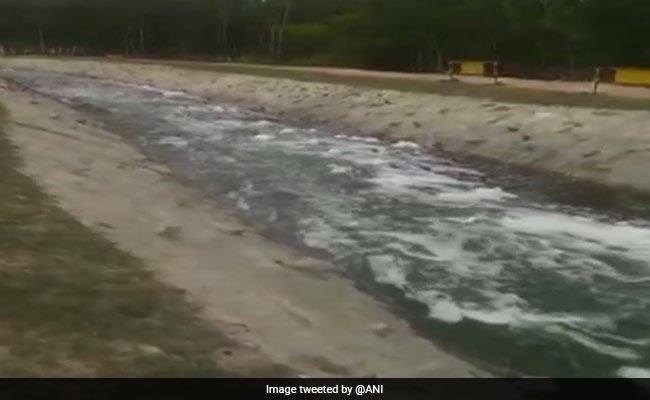 Treated water from sewage treatment plants in Bellandur was released into 126 irrigation tanks in Kolar.

The sewage-filled froth of Bengaluru's Bellandur lake has now reached a Rs 1,400-crore water project in Kolar district, around 70 km away from the state capital. The Koramangala-Challaghatta Valley project is meant to provide water to the parched Kolar district by filling the several tanks in the area with treated sewage water from Bengaluru.

The filling of the tanks was expected to lift the groundwater level.

Instead, last week, froth was seen in Lakshmi Sagara lake of Kolar after treated water from Bellandur's sewage treatment plants was released to 126 irrigation tanks in Kolar. Cellphone videos of the froth were widely circulated on social media as the locals bitterly criticized the authorities for the decision to use water from Bellandur lake.

The toxic froth in Bellandur and the other lakes of Bengaluru has persisted for at least two decades. Occasionally, the foul-smelling froth is carried up in air by strong winds or pumped up by heavy rains and turn the roads into wet slicks -- a potential risk for passing motorists. 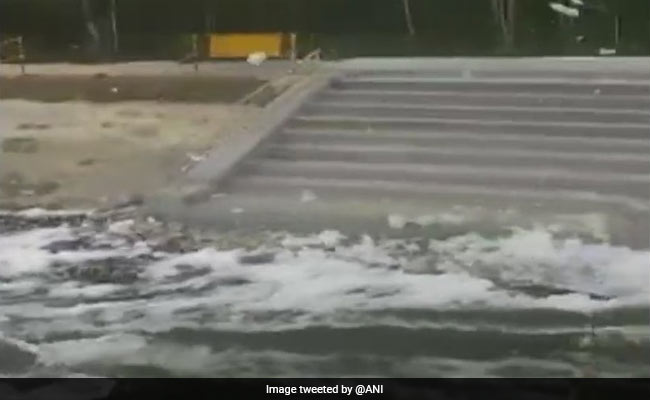 Locals in Kolar have bitterly criticised authorities for using water from Bellandur.

In February last year, huge flames were seen leaping off the 900-acre lake, covering the region in thick smoke.

The fire recurred in January this year, and around 5,000 army personnel had to be deployed. They managed to put out the flames only after a seven-hour battle.

Despite repeated orders from the country's top environmental court, successive state governments have failed to take measures to eradicate it.

In June, a committee of the green court called Bellandur the largest septic tank of the city which exists due to "sheer callousness and indifference". Experts from Britain and Israel have visited the city to study the problem and they suggested a simple solution -- stop pouring pollutants into the lakes.