He also alleged there was no coordination between senior party leaders in the state and the high command. 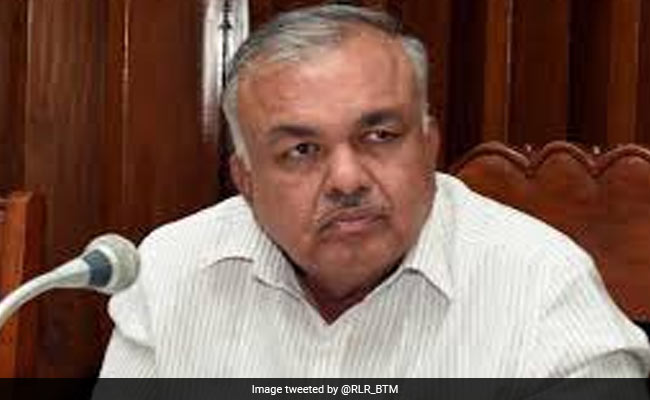 Ramalinga Reddy is upset over his non-inclusion in the state cabinet. (File)

Senior Congress leader Ramalinga Reddy on Tuesday slammed the party leadership, saying non-induction of party veterans into the coalition ministry and lack of performance of some ministers led to its poor show in the Lok Sabha polls in Karnataka.

He also alleged there was no coordination between senior party leaders in the state and the high command.

Mr Reddy's comments come a day after the Congress' state unit formed a "fact-finding committee" to find reasons for the party's dismal performance in both parliamentary and 2018 assembly elections.

"The party suffered a humiliating defeat in the Lok Sabha elections due to lack of presence of senior party leaders in the state government," he told reporters.

"Also, lack of organisational vision and performance of some Congress ministers contributed to the party's defeat," he added.

Mr Reddy, who is upset over his non-inclusion in the state cabinet, claimed that some junior Congress leaders who have been inducted into the cabinet were "inexperienced".

He is the latest to blame the Congress leadership for its defeat in the Lok Sabha elections.

To tide over challenges facing the party, Reddy said senior party leaders should be inducted in the ministry.

"I neither ask for a berth in the cabinet nor lobby before the High Command," he said.

However, on a couple of occasions in the past, Reddy said, he had brought to the notice of senior Congress leaders in the state the discrimination meted out to him.

"On previous occasions, I have told senior leaders that there cannot be two parameters for inducting leaders into the cabinet. They (leaders) said I belong to the Reddy community and they will not induct another one.

"But, I retorted by saying that the party has given top responsibilities to Brahmins. One is holding the reins of KPCC (Dinesh Gundu Rao) and the other is a Speaker (Ramesh Kumar)," he said.

The BJP had swept the Lok Sabha polls in Karnataka, winning 25 of the 28 seats, leaving the ruling coalition partners Congress and JDS with one seat each.