Police also detained Padma Bhushan awardee Ramachandra Guha during a protest against the Act at the Town Hall. 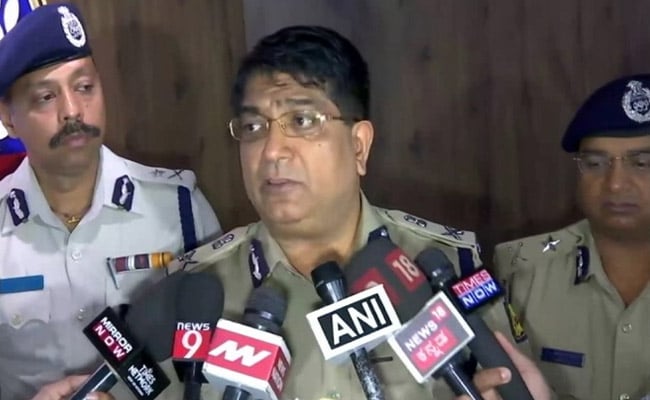 Protests have erupted across the country against the Act.

Bengaluru Police Commissioner Bhaskar Rao on Saturday said that the police are thankful for peaceful protests against the Citizenship (Amendment) Act (CAA).

"We are thankful to all the protesters who despite defying orders were unarmed. Those who were for the issue did not show up but those who were against the issue showed up. We performed our duty. We detained the people who came for the protest and filed cases against them on December 19. Yesterday we were all present but nobody showed up for the protest. My officers have done an excellent job," Mr Rao told reporters in Bengaluru.

"Today is the third day. A lot of people are asking whether we are going to extend the prohibitory orders. We have no plans as of now but we will study the situation in the evening. These are things where we need to take immediate decisions," he added.

The Left parties in the state had called a protest here on Thursday against the CAA in which scores of protesters including students, advocates, and political workers took part.

The protesters gathered at the Town Hall and raised slogans of "Azaadi", "Humko chahiye Azaadi" and "Sarkaar Murdabad" while demanding repeal of the CAA.

Police also detained Padma Bhushan awardee Ramachandra Guha during a protest against the Act at the Town Hall.

Protests have erupted across the country against the Act which grants Indian citizenship to refugees from Hindu, Christian, Sikh, Buddhist and Parsi communities fleeing religious persecution from Pakistan, Afghanistan, and Bangladesh, who entered India on or before December 31, 2014.