Twenty-one cases of Omicron variant of COVID-19 have been reported across the country. 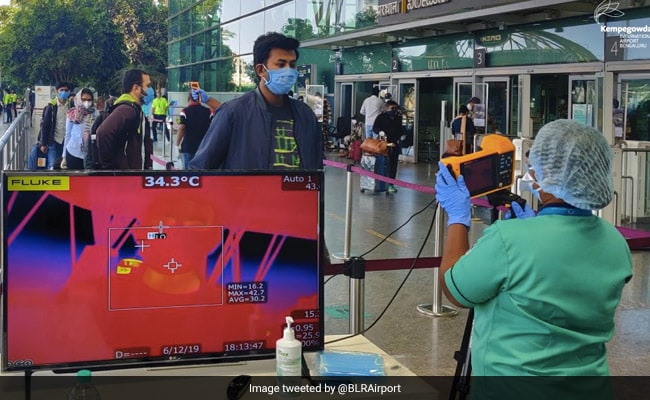 Karnataka was the first state in the country to report Omicron cases. (Representational image)

At least 200 people who came in contact with the two Omicron patients in Karnataka are being traced and isolated, a senior official said today, adding that some of them have been found positive.

"Samples of those who test positive in our day-to-day testing with high viral load and low CT value are being sent for genome sequencing," BBMP (Bruhat Bengaluru Mahanagara Palike) Commissioner Gaurav Gupta said.

Three primary contacts and two secondary contacts of the 46-year-old man have also tested positive for the COVID-19 and their samples have been sent for further genome sequencing.

Last week, state Health Minister K Sudhakar had said that priority has been given to tracing the passengers from Africa who vanished without tests at the airport. "In the past, our police department has done a good job of tracking down those who have escaped. And our police demonstrate their efficiency and will track them all. But I urge the passengers to act responsibly and with social concern," Dr Sudhakar said.

Chief Minister Basavaraj Bommai, who, last week, held a high-level meeting with cabinet colleagues and health experts on how to deal with the Omicron threat, meanwhile, said that every aspect, including a plan to reduce the entry by 50 per cent into malls and theatres, is being looked into by the government.

The new variant of COVID-19 was first reported to the World Health Organisation (WHO) from South Africa on November 25. As per the WHO, the first known confirmed B.1.1.529 infection was from a specimen collected on November 9 this year.

India has also added several countries to the list from where travellers would need to follow additional measures on arrival in the country, including post-arrival testing for infection.