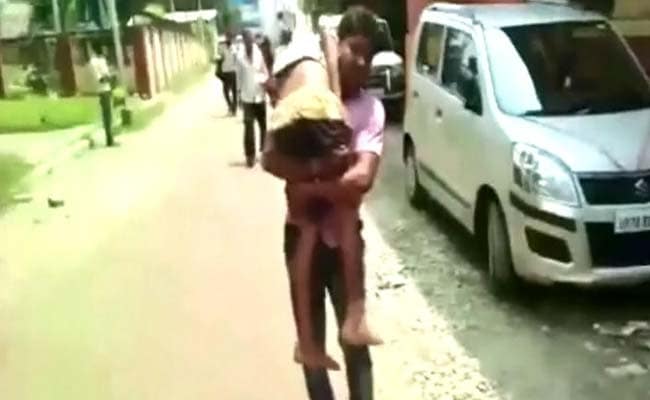 An inquiry report into death of 12-year-old Anshu was submitted by district officials.

Kanpur: Three days after 12-year-old Anshu died on his father's shoulders after allegedly being denied timely medical attention, Kanpur district authorities have finally submitted a probe report to Chief Minister Akhilesh Yadav today. A copy of the report has also been sent to the Prime Minister's Office.

"Strict action will be taken against guilty doctors and hospital staff on the basis of the report submitted by the two-member committee, including Additional City Magistrate and Additional Chief Medical Officer," district magistrate Kaushal Raj said today.

On August 28, Anshu was brought to the emergency ward of JSVM Medical College in Kanpur by his father, with complaining of high fever. The boy's father Sunil Kumar alleges that doctors at the hospital refused to attend to Anshu, and instead wasted precious time. Anshu died on his father's shoulder while being taken from one department to another.

The Kanpur hospital authorities have denied the allegations saying that the boy was brought to the hospital in a critical condition, and was provided all necessary medical attention.

Following protests after the death of the young boy, Uttar Pradesh Chief Minister Akhilesh Yadav had suspended the Chief Medical Superintendent of the hospital. Following his orders the district administration launched an inspection of all government hospitals in Kanpur, said the collector, Mr Raj.

"I personally have visited several hospitals to understand the everyday problems faced by the patients visiting there," Mr Raj said.

Promoted
Listen to the latest songs, only on JioSaavn.com
The district administration has asked all government hospitals to improve their facilities within three days, failing which they could face strict action.