Ultimately It's Going To Be Man With Machines: Satya Nadella 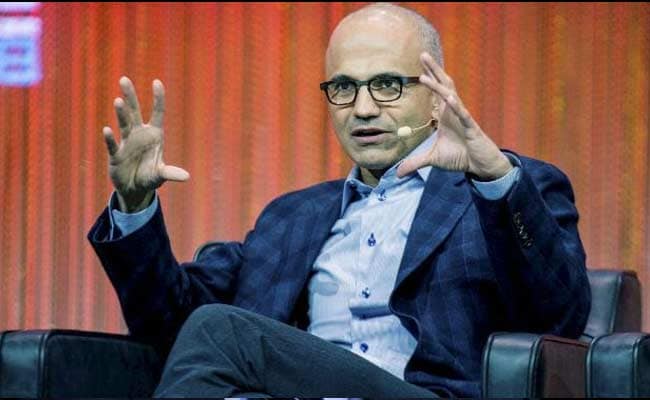 San Francisco: Envisaging a technological future where computers can learn human language and have conversations with people, Microsoft's India-born CEO Satya Nadella has said companies need to build "respectful" technology which gets the best of humanity and not the worst.

"We want to take the power of human language and apply it more pervasively to all of the computing interface and interactions," Mr Nadella said yesterday in his keynote address to thousands of developers at Microsoft's annual Build 2016 conference in San Francisco.

"To do that you have to infuse (intelligence) into the computers around us, you have to bring forth these technologies of artificial intelligence in machine learning so that we can teach computers to learn the human language, have conversational understanding, teach them about the broad contexts of personal preferences and knowledge so that they can help you with your everyday task," Mr Nadella, 48, said.

He envisaged a future where the machine is not against man but works with humans to offer seamless interface and experience in day-to-day learning.

"All technology that we built has to be more inclusive and respectful. We want to build technology that gets the best of humanity and not the worst," Mr Nadella said. "We want to build intelligence that augments human abilities and experiences. Ultimately it is not going to be about man versus machine. It is going to be about man with machines," he said.

Technology where the human ability of judgement creativity, empathy and emotion is combined with the fast computation and ability to reason over large amounts of data, he said.

"We want all developers to infuse intelligence into their applications...As we infuse intelligence into everything it is important to have a principled approach," Mr Nadella said. "This will help us move our society forward. You also have to build trust right into our technology that means you have to have technology that has built-in protections for privacy, transparency, security as well as compliance," he said.

During the conference, Microsoft announced new additions to the Cortana Intelligence Suite.

The first, Microsoft Cognitive Services, is a collection of intelligence Application Programming Interface (API) that allows systems to see, hear, speak, understand and interpret a user's needs using natural methods of communication. "We want to take the power of human conversations and apply it to everything else like a personal digital assistant that knows you and your world," Mr Nadella said.

"That is the world you are going to see in the years to come," he said, adding that Microsoft is conceptualising a platform where human language is the new user interface, bots are new applications, digital assistants are the new browsers and "intelligence is infused into all of your interactions." Mr Nadella noted that there is a much more mainstream dialogue about the role of technology in the society and "this is the right time to have that dialogue."

"I believe technology can drive economic growth all over the world. Technology can empower us in our daily lives, be used to preserve our enduring values," he added.
Comments
Satya Nadella about machinesNadella on technology