Two Indians Charged With Smuggling Cigarettes Into US

Through internet negotiations, two Indian men reached an agreement for a 20-foot container to be shipped from India to Miami laden with counterfeit Newport brand cigarettes. 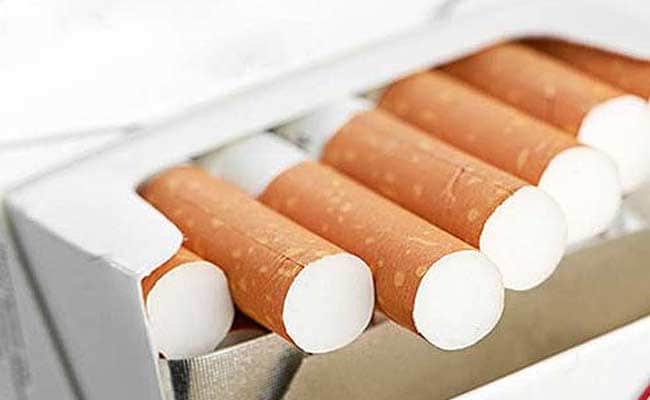 Two Indian men are charged with conspiring to smuggle the cigarettes into the US.

Washington: A federal court in the state of Florida has charged two Indians with conspiring to smuggle counterfeit cigarettes into the United States.

Abhishek Shukla and Harish Shabhai Panchal appeared in a federal court in Miami to be formally arraigned on an indictment charging them, and two companies -- Jubilee Tobacco Industries Corp. and Pelican Tobacco (India) Private Limited, both incorporated under the laws of India, with conspiring to smuggle the cigarettes into America.

The accused are facing up to 10 years in jail and a fine of up to $ 500,000, the Department of Justice said. According to the court records, the two Indian nationals initiated contact with third person, who was cooperating with the Federal Drug Administration, offering counterfeit cigarettes for sale.

Through internet negotiations, they reached an agreement for a 20-foot container to be shipped from India to Miami laden with counterfeit Newport brand cigarettes. Payment for the shipment was made in instalments through international wire transfers to bank accounts in India and Dubai.

On November 1, 2016, the container arrived in the US and was seized with the assistance the US Customs and Border Protection Officers at the Port of Miami.

If distributed, the un-taxed importation would have an approximate value of $ 1.2 million.

Within two weeks of the arrival of the shipment, the accused conspired with undercover law enforcement agents to bring in another consignment of twice as large than the first one.

By April 2017, deposits totalling $ 55,000 had been made to accounts in the name of Pelican for counterfeit Newport cigarettes. Analysis conducted by the FDA's Forensic Chemistry Center concluded that the cartons, packs, and cigarettes were all counterfeit.

By April 2017, deposits totalling $ 55,000 had been made to accounts in the name of Pelican for counterfeit 'Newport' cigarettes.

On June 9, 2017, another container arrived at the Port of Miami and was seized by the Customs and Border Protection Officers and turned over to FDA special agents.

If distributed, these un-taxed cigarettes would have an approximate value of $3.2 million, the department said. Mr Shukla and Mr Panchal travelled to Miami in August 2017 to meet with the undercover agents in order to promote further business dealings.

During the recorded meeting, they advised the agents that they had been partners for twelve years and personally oversaw the production of all the products being offered.

They also assured the agents that they could counterfeit any American-made menthol cigarette as well as other trademarked brands and that they could produce tobacco blends which would closely match the legitimate product, the court papers claimed.
Comments
Indians Cigarette Smuggling USNewport cigarettesCounterfeit Cigarettes