A look at other world leaders of Indian origin in key roles. 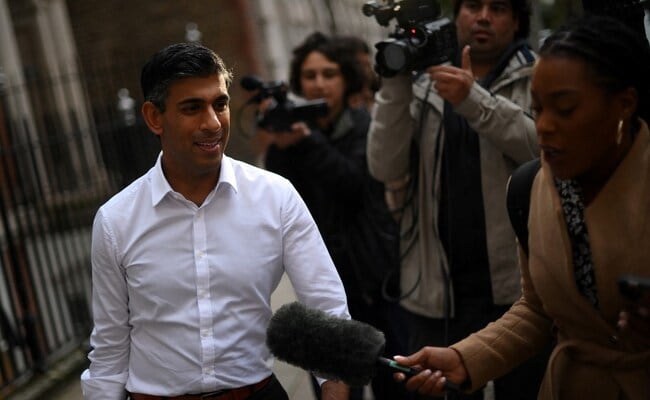 Rishi Sunak at 42 is the youngest prime minister of Britain in more than 200 years.

Rishi Sunak, 42, is the first person of Indian origin to become British prime minister on Monday, just as Hindus across the world celebrate Diwali. At 42, he'll also be the youngest prime minister in more than 200 years.

Here's a look at other world leaders of Indian origin in key roles:

Kamala Harris
US vice president Kamala Harris, born in California to parents who emigrated from India and Jamaica, is first woman and first woman of colour to hold that office. Ms Harris made an unsuccessful run for president in 2019, facing off against Joe Biden in the Democratic primary. Her achievements, say critics, will spur a new generation of Black women leaders in politics.

Antonio Costa
Prime Minister of Portugal since 2015, Antonio Costa is of Portuguese and Indian descent. In Goa, Costa is affectionately known as Babush, a word in Konkani meaning young loved one.

Chan Santokhi
Chandrikapersad "Chan" Santokhi is a Surinamese politician and former police officer who is the 9th president of Suriname, since 2020.  He was born in 1959, into an Indo-Surinamese Hindu family in Lelydorp, in district Suriname.

Mohamed Irfaan Ali
Mohamed Irfaan Ali, was sworn in as Guyana's ninth executive President on August 2, 2020. He was born into a Muslim, Indo-Guyanese family at Leonora, West Coast Demarara.