Dr Kamlesh Kumar Masson worked across the UK in Ashby De La Zouch, Kings Lynn and other parts of the country before settling down with his family in the locality of South Essex in 1975, where he established his career in General Practice. 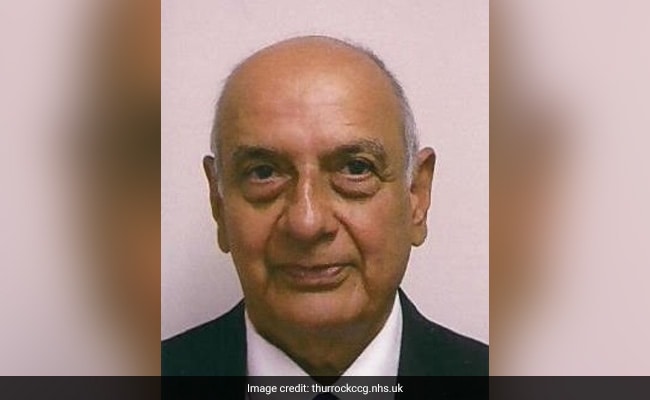 An Indian-origin general practitioner, who came to the UK in 1973 after completing his medical training in India and was working as a doctor in East Africa, has died of COVID-19, his National Health Service (NHS) Trust in Essex, south-east England, said in a tribute.

Dr Kamlesh Kumar Masson, 78, described as an "excellent clinician", lost his fight against the deadly virus at University College London.

"We were very sad to hear of the passing of Dr Kamlesh Kumar Masson, he was a well respected and liked general practitioner (GP) in Thurrock, with a significant contribution over the last 30 years in the Borough caring for patients and providing support," said Dr Kallil, a fellow GP and Chair of the NHS Thurrock Clinical Commissioning Group (CCG).

"Later he provided GP services in both Thurrock and Basildon. We extend our heartfelt thanks to Dr Kamlesh Kumar Masson for his commitment and passion and our condolences to his family for their loss," he said.

Dr Kamlesh Kumar Masson worked across the UK in Ashby De La Zouch, Kings Lynn and other parts of the country before settling down with his family in the locality of South Essex in 1975, where he established his career in General Practice.

He founded Milton Road Surgery, Grays, in 1985 and worked there continuously until 2017. He then went on to do locum work across Thurrock and Basildon until his last working day of March 12 this year.

"He was an excellent clinician whose drive to constantly improve his clinical skills and knowledge with passion and enthusiasm will remain with us all as a reminder to always try to be the best. He was recognised in the locality by patients, colleagues, and peers as a dedicated, determined, positive individual who would always do his utmost to help in all endeavours," his family said in a tribute statement.

"Dr Masson was an honest, kind, and generous man who was deeply respected by anyone who was privileged to cross paths with him. He was jovial, funny, and kind, always wanting to make the best of any situation," it noted.

He contracted COVID-19, which caused bilateral pneumonia requiring admission to Basildon Hospital and then University College London Hospital on March 31, which marked his 78th birthday.

"Dr Masson fought bravely, but tragically lost his battle with COVID-19 on April 16th, 2020. Our lifelong thanks will go to the doctors and staff at University College London Hospital who fought tirelessly to save a hero's life.

"Dr Masson was taken from us too soon and still had so much to give. He had practised medicine for over five decades and was a dedicated servant to the NHS for 47 years. He would have wanted to practise medicine for many more years to come. He was a true gentleman who will be missed, but not forgotten," his family said.

A number Indian-origin medics, aged between 58 and 80, have lost their lives on the frontline of the COVID-19 fightback in recent days, including Dr Manjeet Singh Riyat, the UK's first Sikh emergency medicine consultant, Dr Rajesh Kalraiya, a consultant paediatrician originally from Nagpur, Dr Jitendra Kumar Rathod, originally from Gujarat, and Birmingham-based Hamza Pacheeri. The novel coronavirus has claimed 20,732 lives in the UK.