The insect-sized flying robots could help with time-consuming tasks like surveying crop growth on large farms or sniffing out gas leaks, the university said in a statement. 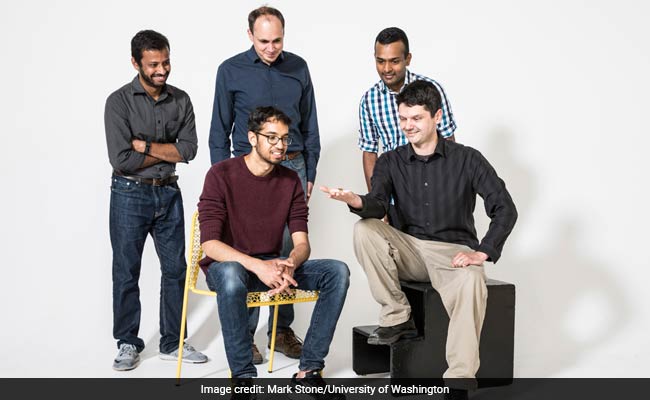 The University of Washington engineers who created RoboFly.

Washington: A team of researchers including three Indians at a prestigious US university has built the world's first wireless fly-sized drone that can easily slip into tight places inaccessible to big unmanned aerial vehicles.

Developed by members of the Allen School's Networks and Mobile Systems Lab and the Department of Mechanical Engineering's Autonomous Insect Robotics Lab, RoboFly represents a milestone in autonomous flight that could launch a new wave of innovation in aerial robotics.

The insect-sized flying robots could help with time-consuming tasks like surveying crop growth on large farms or sniffing out gas leaks, the university said in a statement. 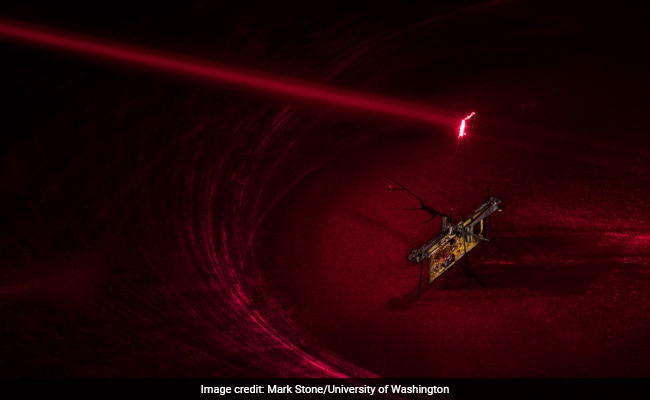 To power RoboFly, the engineers pointed an invisible laser beam at a photovoltaic cell.

These robots soar by fluttering tiny wings because they are too small to use propellers, like those seen on their larger drone cousins.

These robots are cheap to make and can easily slip into tight places that are inaccessible to big drones.

"We built the world's first fly-sized drone that does not need a wire to the ground to supply power and control signals," Mr Chukewad, 28, said.

"This is a challenge because of the difficulty of miniaturising the circuitry to drive the robot's piezo actuators.

"The piezo actuators, which drive its flapping wings, require a step-up voltage converter. We figured out a new way to quickly make the ultra-light circuit and incorporated the first microprocessor brain on-board, creating a circuit weighing less than a toothpick. We provided power using an infrared laser beam," he said.

The team, which includes University of Washington students Johannes James, Vikram Iyer and faculty members Shyam Gollakota and Sawyer Fuller, presented its findings at the International Conference on Robotics and Automation in Brisbane, Australia on Wednesday.

Promoted
Listen to the latest songs, only on JioSaavn.com
Mr Chukewad, a native of Nanded in Maharashtra, said his research focuses on designing and fabricating insect scale robots and on controlling their flight with the help of on-board and off-board sensors.

"We also intend to develop abilities to navigate difficult environments, such as moving along the ground," he said.