Dhruv Patel, 35, who founded the City Hindus Network in London's financial district and has been an elected member of the City of London Corporation since 2013, replaces Alison Gowman after her full three-year term, the Corporation said on Thursday. 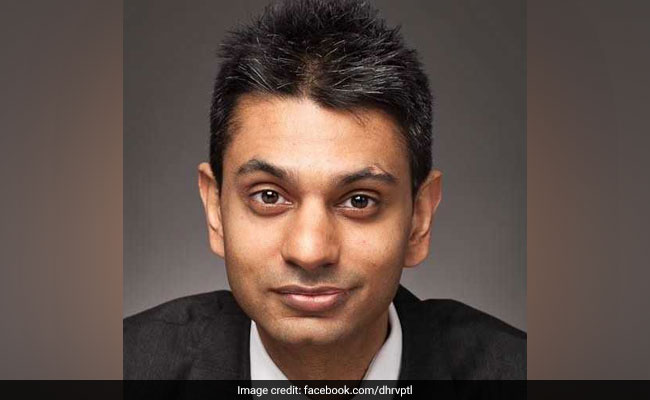 Dhruv Patel, 35, who founded the City Hindus Network in London's financial district and has been an elected member of the City of London Corporation since 2013, replaces Alison Gowman after her full three-year term, the Corporation said on Thursday.

The City Bridge Trust Committee is the funding arm of the City of London Corporation's charity, Bridge House Estates, making charity grants of 20 million pounds a year to tackle disadvantaged communities across the British capital.

"It is a great privilege to be in the leadership role of one of the UK's most important supporters of civil society. Together we will continue to help give all London's communities the opportunity to thrive, and give young people, in particular, the best possible start in life," said Mr Patel.

"I am humbled to have been elected by the City Bridge Trust Committee to serve as its Chairman, and I will strive to do the best job that I can to tackle the inequality which should not exist in London," the businessman added.

The City Bridge Trust has awarded around 8,000 grants totalling over 400 million pound since it began in 1995. It helps achieve the City Corporation''s aim of changing the lives of hundreds of thousands of Londoners, the City of London Corporation said.

"I feel sure that Dhruv will do an excellent job of leading the Committee, which works hard to deliver our strategy to help create a capital city in which everyone can thrive," said Alison Gowman, who now becomes Deputy Chair of the City Bridge Trust Committee.

Dhruv Patel was awarded an OBE last year for his voluntary services with the Hindu community and interfaith work as the founder of City Hindus Network, a non-profit group seeking to promote volunteering and charitable opportunities, mentoring and networking, education and philosophy among Hindu professionals in the city of London.

The City of London Corporation is the governing body of the financial heart of London, known as the Square Mile.