Police and community leaders have appealed for calm amid fears that the protests would escalate as the distraught family prepared for the funeral. 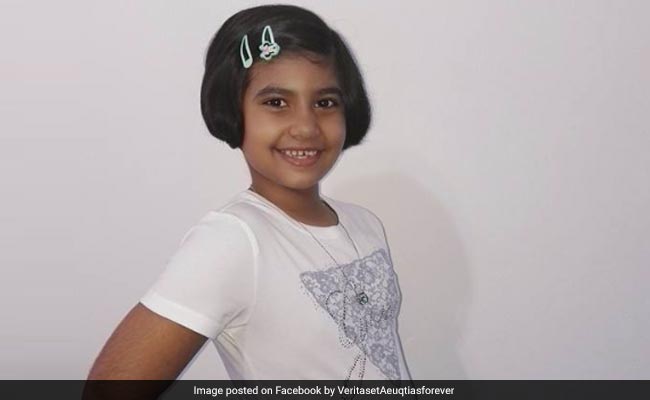 Sadia was rushed to a hospital but succumbed to her injuries.

Johannesburg: A nine-year-old Indian-origin girl was killed after being shot during a botched carjacking in South Africa, outraging the community members and sparking angry protests in Durban.

Sadia Sukhraj, a grade four student from Chatsworth, was on her way to school with her father yesterday when three armed men allegedly accosted their car. They allegedly forced her father out of the car and sped away with her.

In an ensuing chase, the carjackers and community members shot at each other. The suspects later crashed the car near a park. The girl was found shot and critically injured while one of the suspects tumbled out of the car dead.

Sadia was rushed to a hospital but succumbed to her injuries.

A second carjacker was arrested by an off-duty policeman. A third suspect remains at large.

KwaZulu-Natal police spokesperson Captain Nqobile Gwala confirmed that one of the hijackers was killed.

As the small contingent of officers at the police station allegedly came under severe verbal abuse and threats of physical action from protestors, they resorted to firing rubber bullets, tear gas, and stun grenades to disperse the crowd, which included scores of children.

Chatsworth is an Indian township in Durban.

Mahendra Lillkan, chairperson of the local Crime Forum, said there had been a spike in crime in the area despite community patrols at night.

"It seems that the criminals have now resorted to striking at soft targets, such as parents taking their children to school, as we have seen with this tragic incident."

Promoted
Listen to the latest songs, only on JioSaavn.com
Police and community leaders have appealed for calm amid fears that the protests would escalate as the distraught family prepared for the funeral.

Tributes for the little girl have poured in on social media as news of her shooting went viral.
Comments
Sadia SukhrajIndian-Origin Girl Killed