Sukhwinder Singh became delusional and stabbed his brother-in-law to death before driving the body to West Bromwich police station in August, 2017. 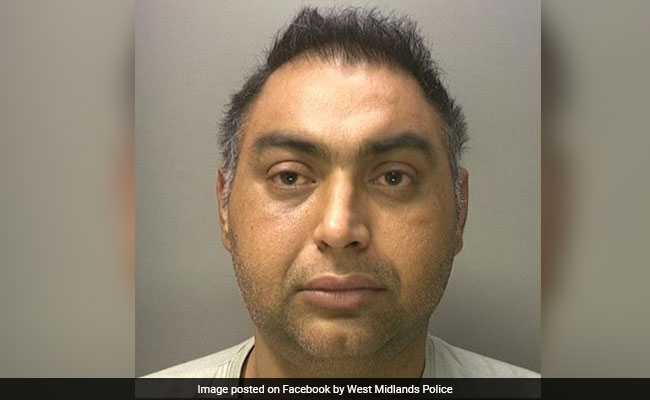 Sukhwinder Singh has schizophrenia and will receive psychiatric treatment before sentence.

An Indian man, suffering from paranoid schizophrenia, who was allowed into the UK following "an administrative error ", has been sentenced to five years in jail for murdering his brother-in-law.

Sukhwinder Singh, 41, became delusional and stabbed his brother-in-law to death before driving the dead body to West Bromwich police station in the West Midlands and handing himself in August 2017.

The man was jailed after pleading guilty to manslaughter on the grounds of diminished responsibility at Wolverhampton Crown Court on Friday and is set to receive psychiatric treatment before starting his sentence.

At the end of his prison term, Sukhwinder Singh will be deported to India.

"I have to say the circumstances of this offence lead me to conclude without hesitation that you are an extremely dangerous individual," Judge Michael Challinor said at the sentencing hearing.

Sukhwinder Singh had killed his 39-year-old brother-in-law in August last year over suspicions that he was having an affair with his wife.

The UK court heard how Singh had killed a student union president in Jalandhar in 1998. He had been released from a Punjab jail after serving seven years for the murder. He was out on bail pending an appeal when he fled to the UK in 2007, on a six-month visa.

Following "an administrative error" by British authorities, Sukhwinder Singh was granted indefinite leave to remain (ILR) in the UK and successfully applied for British citizenship in 2011.

"You were illegally in this country, having fled India, where you should have been in prison serving a sentence for murder, and then you killed for a second time using a similar weapon, namely a knife," the judge noted.

Prosecutors told the court that Sukhwinder Singh used heroin and crack cocaine which added to his paranoia.

Prosecutor Nigel Power told the court: "On the morning of Thursday, August 10, 2017, the defendant went into the front office of West Bromwich police station and said 'I have a dead body in the car'. He was telling the truth.

"The deceased was in the front passenger seat of his BMW car and had been killed by a single stab wound to the chest, which also cut the seat-belt almost in half."

Sukhwinder Singh's wife had voiced concerns over his mental health to the police and social services. On the day of the killing she was moving to a women's refuge.

Detective Inspector Harry Harrison, from West Midlands Police's homicide team, said: "This was an unusual case as Singh brought his victim to us; casually walking into the station to reveal Kumar was dead in his passenger seat. He had been driving around with Kumar dead next to him for hours before deciding to come to police. It was quickly established he had been responsible for the stabbing, and he will now serve time in prison to reflect that."