The 60-year-old, who had moved to Britain with his family at the age of three, was also placed on the sex offenders' register indefinitely and made the subject of a 15-year sexual harm prevention order at the end of the hearing at Wolverhampton Crown Court. 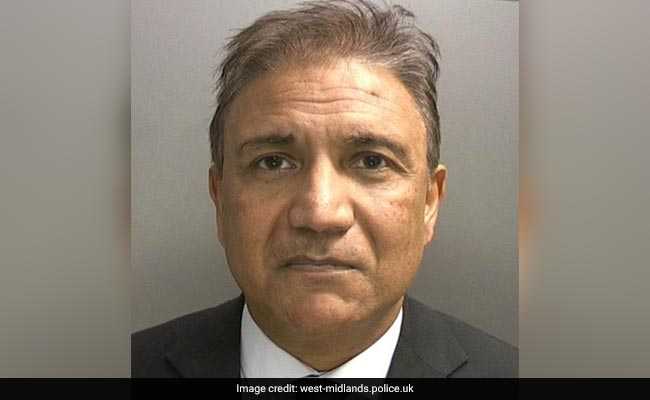 Jaswant Rathore was found guilty of conducting unnecessary massages on the patients.

London: An India-born doctor was today sentenced to 12 years in prison for sexually assaulting four women patients in United Kingdom between 2008 and 2015.

Jaswant Rathore was found guilty of conducting unnecessary massages on the patients at his Castle Meadows Surgery in Dudley, in the West Midlands region of UK.

The 60-year-old, who had moved to UK with his family at the age of three, was also placed on the sex offenders' register indefinitely and made the subject of a 15-year sexual harm prevention order at the end of the hearing at Wolverhampton Crown Court.

"You used your standing within the community as a cloak behind which you could carry out sexual assaults on your patients for your personal gratification," Judge Michael Challinor told him during sentencing.

"By your actions you violated the faith they had in you to carry out legitimate medical procedures. Some of your behaviour demonstrated a breath-taking degree of arrogance you no doubt hoping your standing in the medical community would enable you to talk your way out of any difficulty," he said.

The general practitioner (GP) was convicted of eight charges of sexual assault and two counts of assault by penetration against four women aged in their 20s and 30s following a seven-week trial.

He was cleared of a further eight allegations relating to four other patients.

The judge recounted that many witnesses had spoken highly of his "professionalism, diligence, expertise and amiability" but his personal and professional life had been turned into a "complete shipwreck" due to the "planned and sustained" assaults.

"Many people visit their doctors and submit to the most intimate of examinations because they trust their doctor and that is eroded by people like you," he noted.

Rathore had denied the allegations and insisted he had always acted professionally and, in each case, the touching during "manipulative therapy" had been medically appropriate.

The court was told that the GP had conducted his assaults on patients who had gone to his surgery with regular complaints such as pain in their stomach or back.

Detective Inspector Michelle Thurgood of West Midlands Police, who headed the police investigation in the case, said: "It was a horrific breach of a position of trust. This was somebody who was a trusted GP, respected in the community."

"Many of the patients had gone to him for many years, so absolutely trusted him. We go to our doctor when we're at our most vulnerable and he has abused that trust by carrying out those offences."

Thurgood said the police feared there may be other victims as Rathore was working as a GP for many years and called on any others to "find the strength" to come forward.

(Except for the headline, this story has not been edited by NDTV staff and is published from a syndicated feed.)
Comments
United KingdomJaswant RathoreSexual Assault