The two groups of men wielded wooden poles, planks and belts, spilling onto the road and disrupting traffic, the court heard. 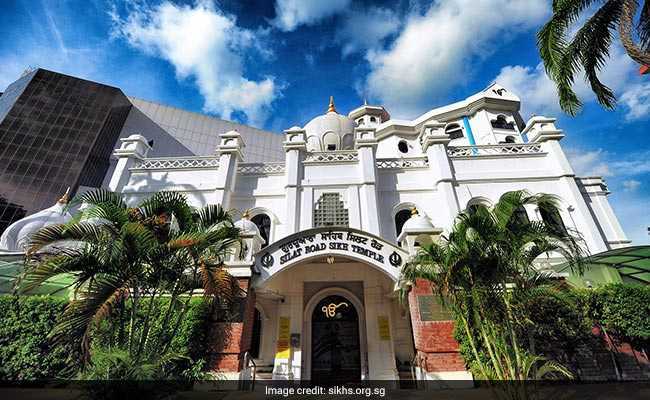 The court did not specify the reasons behind the fight outside Silat Road Sikh Temple.

An Indian man on Friday was sentenced to five years jail and 12 strokes of the cane for swinging a plank during a riot involving about 60 people outside a Gurudwara in Singapore.

Yadwinder Singh, 26, was the leader of one of the two groups of people who started fighting outside Silat Road Sikh Temple in Bukit Merah area in April, 2017, Channel News Asia reported.

The two groups of men wielded wooden poles, planks and belts, spilling onto the road and disrupting traffic, the court heard.

The court did not specify the reasons behind the fight.

Footage from a public bus, played in court on Friday, showed Yadwinder swinging a long wooden plank at members of the opposing group, the court heard.

The court heard that Yadwinder and his group gathered at the bus stop outside the Gurudwara after prayers that morning.

Some of them had armed themselves with wooden planks. They chased after the men from the opposing group, who were walking along Kampong Bahru Road after leaving the Gurudwara, shouting vulgarities at them before attacking them, the daily said.

Men from both sides attacked each other with poles, planks and belts in the melee. Yadwinder was seen hitting two men with his wooden plank, injuring one man's scalp and face.

After his arrest, Yadwinder plotted to leave Singapore illegally. He had already been jailed previously for rioting and unlawful assembly in 2016 and had committed this fresh offence while on remission. He was also on bail for another extortion offence.

Two weeks before his trial for rioting began, Yadwinder made plans to leave the country illegally, paying a man SGD 4,000 to flee Singapore in the cargo hold of a bus.

He carried out his plan in October 2018, after the first tranche of the trial, but was discovered by Immigration and Checkpoints Authority (ICA) officers at Tuas Checkpoint linking to southern Peninsular Malaysia.

He was arrested, along with the bus driver on being found hiding in the cargo hold of the vehicle.

After seeing how Yadwinder had been arrested for trying to leave Singapore, three men accused of being involved in the riot stopped turning up for the trial, the court heard. Arrest warrants were put out for them and they have been at large since.

Yadwinder pleaded guilty after a five-day trial to rioting with a deadly weapon, failing to present travel documents upon departure and extortion with common intention.

Two months before the riot, he and four others extorted SGD 200 from a 21-year-old Indian national, according to the Channel News Asia report. They threatened to report her to the public housing authority, Housing and Development Boar, for supposedly having more than the legal number of tenants in her flat.

Yadwinder, who was unrepresented, was sentenced to jail for five years and five months, along with 12 strokes of the cane.

District Judge Marvin Bay gave him an additional jail term of 129 days for committing a crime while on remission for earlier offences, the maximum possible for this case.

According to a list prepared by Deputy Public Prosecutor Jason Chua, Yadwinder had been committing crimes repeatedly since 2015, three years after arriving in Singapore to work in construction.

The judge granted Yadwinder 10 minutes to speak to his fiancee and friends who attended the hearing, as long as they "maintained a certain civility".

All of Yadwinder's co-accused have been dealt with in court. One of his opponents, Nirmal Singh, who had swung his belt during the riot, had his appeal against his 31-month jail sentence and caning dismissed by the High Court.

Indian-Origin "Romance Fraudster" Jailed For Over 4 Years In UK