The rally on Wednesday morning, which included women and children was organised with the key goal of getting Senator Dick Durbin's attention, a Democrat from Illinois. 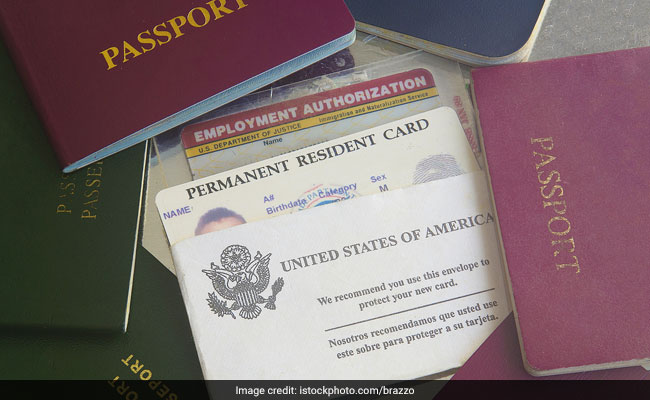 The High Skilled Immigrants Act, 2019 has been passed in the House of Representatives. (Representational)

A group of Indians held a rally in Washington DC, demanding immigration reforms to benefit those who are legal immigrants in the country.

The rally on Wednesday morning, which included women and children was organised with the key goal of getting Senator Dick Durbin's attention, a Democrat from Illinois. Senator Dick Durbin is the sole legislator who has stalled the passing of a bill that would make receiving employment-based green cards a first come first serve system.

"These are taxpaying law-abiding skilled immigrants who are already in the country for many years -- doctors, engineers and scientists professors. And they're stuck in the long green card backlog, which will span 150 years! What we are doing here is protesting Senator Durban's hold on the bill yesterday and he is making sure that Indian immigrants who are already here would not get equal treatment under the law, which is unfair," said Aman Kapoor, president of Immigration Voice, a non-profit organisation.

Srikar Patani, 17, said immigrants like him are living in uncertainty due to long waiting periods for an employment visa that could take decades. "This is where I live, where I grew up and I have been in India two years, barely two years and I just don't think it's fair," the teen further added.

Another key demand of the group was that the green card backlog must be cleared as opposed to the current wait time, that could run into decades for employment-based green cards for Indians.

"Well, the American dream I think is no longer true for Indian immigrants with the way the system is today, it's very discriminatory. I wish somebody told me that when I was young, I always grew up watching American sitcoms and serials and imagined the lifestyle that I would have. And I worked really hard towards it. But that unfortunately is not happening for me right now," a protestor told ANI.

The High Skilled Immigrants Act, 2019 has been passed in the House of Representatives, the lower house of the United States Congress and is waiting to be passed in the Senate. The Act says that no single nation can receive more than 7 per cent of the total green cards issued in a year.