Dr Sethuraman Panchanathan, 58, from the Arizona State University, would head the National Science Foundation, the top American science funding body that has an annual budget of $7.4 billion. 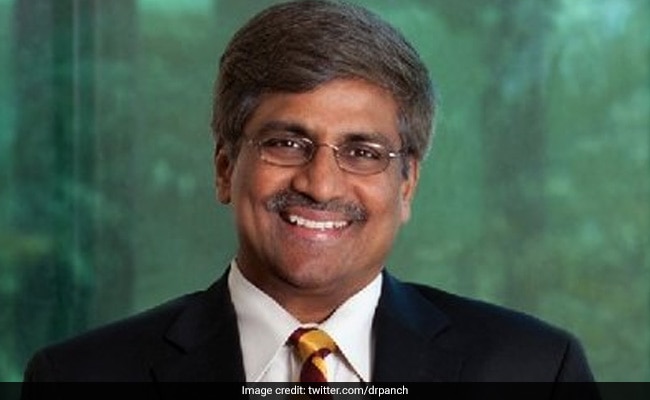 Dr Sethuraman Panchanathan's nomination process was fast tracked by the US Senate.

The US Senate has confirmed Indian-American scientist Dr Sethuraman Panchanathan as the Director of the National Science Foundation (NSF), a top American body supporting fundamental research in non-medical fields of science and engineering.

Mr Panchanathan, 58, from the Arizona State University, would head the NSF, the top American science funding body that has an annual budget of $7.4 billion.

Known as "Panch" among his friends and family, he is considered as a transformational leader whose human-centered efforts have led to positive changes on a global scale.

His unanimous confirmation on Friday by the US Senate at a time of bitter political divide is rare in the current Congress and reflective of his popularity as a top scientist. In fact, his nomination process was fast tracked by the Senate.

He would replace France Cordova, whose six-year term ended in March, as the 15th director of the NSF. He is expected to take office on July 6.

"My personal mission is to inspire, empower and serve humanity through life-changing innovations that have the potential to alter the face of how we view ''different abilities'' on a global scale," Mr Panchanathan was quoted as saying on his personal website.

He is the second Indian-American ever to be nominated to the prestigious science position with the first being Dr Subra Suresh who served from October 2010 to March 2013.

"He has a universal support with Republicans and Democrats. a unanimous approved confirmation in the Senate... this shows a great guy for the job. The Indiaspora community is so proud that someone like him is representing not just us but the greater community," Indiaspora founder and eminent venture capitalist MR Rangaswami said.

Mr Panchanathan, who has been an active member of Indiaspora, is the right person for the job especially at a time when the country is facing challenges from China, Rangaswami said, adding that the NSF needs to play an even more critical role as "we move ahead".

Chairperson Eddie Bernice Johnson of the House Science, Space and Technology Committee said that at this important moment in the Foundation''s history, "we pause" to celebrate the past 70 years of transformative discoveries while keeping eyes on the challenges ahead.

"I have great confidence that Dr Panchanathan''s proven leadership and vision for disrupting the status quo will help usher in a bright future of scientific breakthroughs for the benefit of the American people. I look forward to working with him to advance the foundation''s critical research and STEM education mission in the years ahead," Ms Johnson said.

Mr Panchanathan's years of experience in research and academia have prepared him for this role, said House Science, Space and Technology Committee Ranking Member Frank Lucas.

"I'm looking forward to working with him on our shared goal of keeping America the world leader in science and technology.
"I''m glad Dr Panchanathan's confirmation was fast-tracked so that he can begin work as soon as possible... NSF's work has always been critical to America''s scientific progress and technological competitiveness," Mr Lucas said.

Mr Panchanathan is the Vice President for Strategic Initiatives of the National Academy of Inventors (NAI). He was Chair of the Council on Research of the Association of Public and Land-Grant Universities and Co-Chair of the Extreme Innovation Taskforce of the Global Federation of Competitiveness Councils.

He was appointed as Senior Advisor for Science and Technology by Arizona Governor Doug Ducey in 2018.

A Fellow of the NAI, American Association for the Advancement of Science, the Canadian Academy of Engineering, the Institute of Electrical and Electronics Engineers, and the Society of Optical Engineering, he earned a bachelor's degree in Physics from the University of Madras in 1981 and in Electronics and Communication Engineering from the Indian Institute of Science in 1984.