Seema Nanda, 48, became the first Indian-American to be appointed as the CEO of the Democratic National Committee (DNC) in June, 2018. She, however, did not give reasons for leaving the top position in the party. 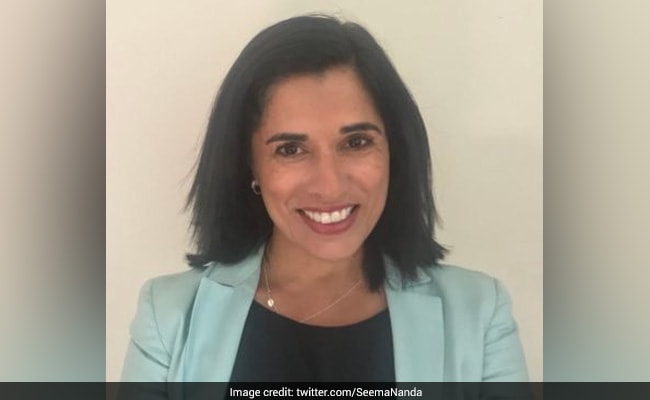 Seema Nanda would be replaced by Mary Beth Cahill.

Indian-American Seema Nanda has announced her decision to step down as the CEO of the US Democratic National Committee, the top administrative position in the main Opposition party, ahead of the presidential elections in November.

Ms Nanda, 48, became the first Indian-American to be appointed as the CEO of the Democratic National Committee (DNC) in June, 2018. She, however, did not give reasons for leaving the top position in the party.

The Washington Post reported that Ms Nanda's sudden exit from the DNC was part of the effort of the former US Vice President Joe Biden who is the presumptive presidential nominee of the Democratic Party.

She would be replaced by Mary Beth Cahill, who had previously managed John Kerry's 2004 presidential campaign.

"After two years, I will be stepping down as CEO of the DNC. I couldn't be prouder of the infrastructure we have built, the primary process we have run, and the team we have built," Ms Nanda announced in a tweet on Friday.

"I look forward to continuing the fight for our democracy and to elect Democrats everywhere," she said.

With the two key endorsements, decks are now clear for a direct contest between Joe Biden and incumbent President Donald Trump, who is seeking re-election. Under US laws, an individual can serve a maximum of two four-year terms.

The Biden campaign and the DNC on Friday announced the formation of the "Biden Victory Fund" which will allow donors to give $360,600 directly to the new operation.

In a statement, MsCahill praised the announcement.

"Our goal is to ensure that we put Joe Biden in the best position possible to beat Donald Trump, and this joint fundraising agreement allows us to do just that. Americans are hungry for new leadership in the White House and are uniting around our nominee," Ms Cahill said.

"As we gear up and build out our operation for the next six months, Mary Beth's experience running presidential campaigns and managing the kind of complex operation it takes to win a general election will be invaluable and I am thrilled to have her as a partner in this fight," Jen O'Malley Dillon, Joe Biden's campaign manager, said in a statement.

Ms Nanda, whose parents are dentists, grew up in Connecticut, US. She went to the Brown University and Boston College Law School.

She also has a background in labour and employment law, and has worked in the Civil Rights Division of the Department of Justice.