Ex-Marine Of Indian Origin Saved Many Lives In Orlando Massacre 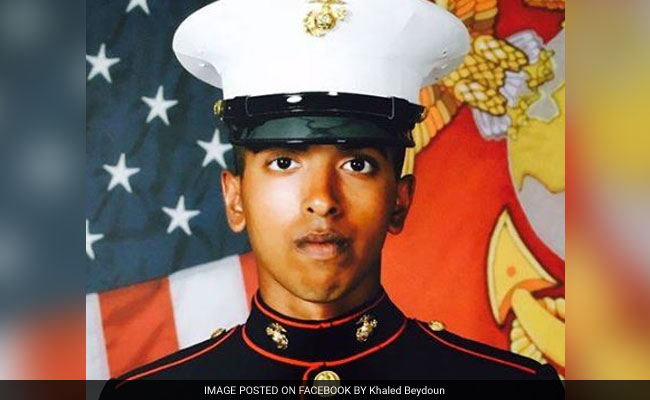 Imran Yousuf was working as a bouncer at the Pulse night club catering to the gay community in Orlando, Florida.

New York: A former US Marine sergeant of Indian origin, Imran Yousuf, has been hailed as a hero for saving scores of lives at a Florida night club when a terrorist went on a rampage killing 49 people.

When Yousuf, who was working as a bouncer at the Pulse night club catering to the gay community in Orlando, Florida, heard the first gunshots his military experience fighting in Afghanistan kicked in, according to media reports. As everyone in the packed night club froze in fear, he jumped up and at personal risk opened a back door allowing many people to escape.

He told CBS News television that as panicked people streamed to the back of the hall, "I'm screaming 'Open the door! Open the door!' And no one is moving because they are scared."

"There was only one choice," he added in the interview. "Either we all stay there and we all die, or I could take the chance, and I jumped over to open that latch a we got everyone that we can out of there."

Yousuf - whose mother and grandmother are Hindus - risked his life because he could have drawn the attention of Omar Mateen, who had sworn loyalty to the Islamic State and was carrying out the attack, considered the worst mass shooting in US history.

The network reported that he cried as he said, "I wish I could have saved more to be honest. There are a lot of people that are dead"

And Yousuf has been modest, brushing off the praises as a hero. Marine Corps Times newspaper reported on its web site that Yousuf posted on his Facebook page, "There are a lot of people naming me a hero and as a former Marine and Afghan veteran I honestly believe I reacted by instinct. ... While it might seem that my actions are heroic I decided that the others around me needed to be saved as well and so I just reacted."

The newspaper said that he had left the Marine Corps just last month.

CBS News identified Yousuf as a Hindu and his name caused some confusion. California-based newspaper India West, which interviewed his uncle, clarified that his mother and paternal grandmother are Hindus and he identifies with their religion. His family emigrated from Guyana, where his ancestors had gone from India.

The Daily Gazette of Schenectady, New York, reported that he grew up in the nearby town of Niskayuna and joined the Marine Corps soon after he finished high school at the age of 17 and served in both Afghanistan and Iraq.

His brother, Ameer Yousuf, told the newspaper, "This was so unexpected but because of my brother's training in the Marine Corps, he was prepared and used strategies from that to do everything he did."

Marine Corps Times said he had been awarded the Navy and Marine Corps Achievement Medal during his service.